The House GOP has voted more than three dozen times to repeal the Affordable Care Act -- derisively known as Obamacare -- knowing the effort would go nowhere, and the administration has been tweaking the law, postponing some provisions and jettisoning others.

In their latest ploy, far-right House and Senate Republicans are threatening a government shutdown to stop automatic funding of the law, something 2012 GOP standard-bearer Mitt Romney last week called a bad idea.

"I think there are better ways to remove Obamacare. And we should work to replace it with healthcare reforms that actually lower costs and give patients -- not government -- control over their own healthcare," said Romney, who championed a law in Massachusetts while he was governor on which the ACA is based.

RELATED The Issue: GOP serves Obamacare votes with a side of discomforture

Romney made his remarks at a New Hampshire GOP fundraiser, The Hill reported.

Sens. Ted Cruz, R-Texas, who has been mentioned as a possible 2016 presidential candidate, and Mike Lee, R-Utah, have been in the forefront of the defunding push, attaching the Defund Obamacare Act to a continuing resolution that must be approved before Oct. 1, absent a 2014 fiscal year budget, or the government will run out of money. The measure effectively would shut down the ACA although it would remain on the books and, the conservative Heritage Foundation says would be legal given the Antideficiency Act, which makes it illegal to spend money exceeding appropriations.

"The smartest thing the House of Representatives could do is pass a CR as soon as possible that funds the government with the exception of Obamacare," Hans A. von Spakovsky, a senior legal fellow at the Edwin Meese III Center for Legal and Judicial Studies at The Heritage Foundation, said in a news release.

"That would force the president and his supporters to explain why they would shut down the government to fund an unfair, unaffordable, and highly unpopular law that is so unworkable that the administration has itself admitted it cannot manage to implement major portions on time such as the employer mandate to provide insurance."

Obama told a news conference Friday, however, Americans "would have difficulty understanding why we would weaken our economy, shut down our government, shut down vital services, have people who are not getting paid who then can't go to restaurants or shop for clothes, or all the other things that we're doing here because Republicans have determined that they don't want to see these folks get health care."

Obama said he doesn't understand why Republicans have made repealing the ACA their "holy grail."

RELATED GOP governors urge Congress to not shut down government

"The one unifying principle in the Republican Party at the moment is making sure that 30 million people don't have healthcare and, presumably, repealing all those benefits I just mentioned -- kids staying on their parents' plan, seniors getting discounts on their prescription drugs, I guess a return to lifetime limits on insurance, people with preexisting conditions continuing to be blocked from being able to get health insurance," Obama said.

"That's hard to understand as an agenda that is going to strengthen our middle class."

Democrats, meanwhile, were mounting a bid to repeal the Independent Payment Advisory Board created by the law, the so-called death panels, fearing the impact it would have on Medicare patients.

Democrats Sen. Mark Pryor of Arkansas, and Reps. Ron Barber, Ann Kirkpatrick and Krysten Sinema of Arizona, and Elizabeth Esty of Connecticut -- all seen as vulnerable in 2014 -- have signed on to efforts to deep six the cost-cutting board, a move supported by former Democratic National Committee Chairman Howard Dean, as well as the American Medical Association, the American Hospital Association and the pharmaceutical lobby, The Hill reported.

"The IPAB will be able to stop certain treatments its members do not favor by simply setting rates to levels where no doctor or hospital will perform them," Dean said in an op-ed piece published in The Wall Street Journal.

"Getting rid of the IPAB is something Democrats and Republicans ought to agree on."

"The point of having such a board ... is to create a process for tweaking our evolving payment system in response to incoming data and experience, a process that is more facile and dynamic than turning to Congress for legislation," he said.

The law also requires lawmakers and their staffs to buy health insurance through the same marketplace exchanges available to the public but an oversight in the law failed to provide funds to allow the federal government to subsidize premiums in the same way private employers do. Last week, the Department of Health and Human Services issued a rule that would provide a mechanism for the government to fund a maximum 75 percent of a worker's premium.

"These proposed regulations implement the administrative aspects of switching members of Congress and congressional staff to their new insurance plans -- the same plans available to millions of Americans through the new exchanges," Jon Foley, the Office of Personnel Management's planning and policy director, said in a statement.

The action is meant to prevent a feared "brain drain" of talent on Capitol Hill but conservatives charged it was an attempt to exempt Congress from some of the more onerous aspects of the law. Most Americans who will need to buy insurance as a result of the law's individual mandate will not have anyone picking up 75 percent of the tab although the law provides for federal subsidies for those in lower income brackets.

The state health insurance exchanges are supposed to be up and running Oct. 1 but the Office of the Inspector General said in a report last week the contractor developing security systems to protect people's privacy has missed its deadlines, jeopardizing the rollout.

Marilyn Tavenner, Centers for Medicare and Medicaid Services administrator, said she is confident enough lead time was built into the timeline and the system will be operational by the deadline.

John E. Dicken, director of health for the Government Accountability Office, told a congressional committee last month CMS Quality Software Service Inc. had received $394 million in contracts to set up the security system for the hub website by March 31.

Deven McGraw, director of the Health Privacy Project at the Center for Democracy and Technology, told The (Nashville) Tennessean the security aspects of the exchanges are important to assure Americans their private information will "not fall into the wrong hands." 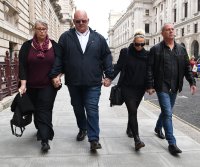 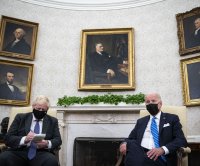