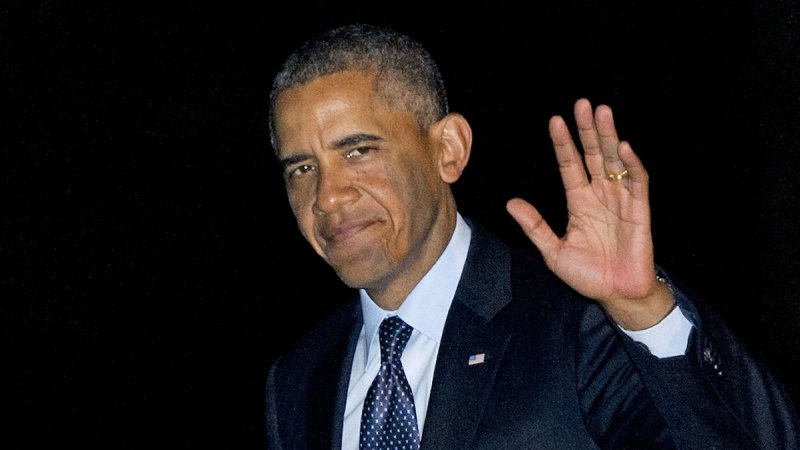 United States President Barack Obama waves to the photographers as he arrives on the South Lawn of the White House in Washington, D.C. on July 24, 2013. The White House has said Obama would veto any proposal to limit NSA surveillance. UPI/Ron Sachs/ Pool | License Photo

"This is only the beginning," Rep. John Conyers Jr. of Michigan, the top Democrat on the House Judiciary Committee, said after the House voted 216 to 205 to defeat a proposal he sponsored with Rep. Justin Amash, R-Mich., to restrict the National Security Agency's ability to collect Americans' phone records.

The measure -- an amendment to the military-spending bill that later passed -- would have limited NSA phone surveillance to specific targets of law-enforcement investigations, not broad dragnets.

Rep. Jerrold Nadler, D-N.Y., said lawmakers would keep coming back with legislation to curtail the dragnets for "metadata" records, whether through phone records or Internet surveillance.

At the very least, the USA Patriot Act section the NSA and FBI cite to justify mass phone surveillance will be allowed to expire in 2015, he said.

"It's going to end -- now or later," Nadler said. "The only question is when and on what terms."

Their threats and promises came after the House vote, which was far closer than originally expected, despite last-minute lobbying by the Obama administration and House intelligence panel members.

Speaker John Boehner, R-Ohio, who as head of the House rarely casts a ballot, voted against the amendment.

Indeed, Boehner found himself in the rare position of being on the same side as President Barack Obama. He was joined in opposing the amendment by Minority Leader Nancy Pelosi, D-Calif., and Rep. Michele Bachmann, R-Minn., a supporter of the Tea Party movement.

The unusual alliance of the House's right and left wings was dubbed "the wingnut coalition" by Rep. Raul Labrador, R-Idaho, who called Amash "the chief wingnut."

He said he jokingly gave it that name because "you have the right wing and the left wing working together and trying to get things done."

The fight will now shift to the Senate, where Mark Udall, D-Colo., and Ron Wyden, D-Ore. -- longtime critics of NSA dragnet collection and storage of personal records -- have promised to take up the cause.

"National security is of paramount importance, yet the NSA's dragnet collection of Americans' phone records violates innocent Americans' privacy rights and should not continue as its exists today," Udall, a member of the Subcommittee on Terrorism and Unconventional Threats, said after the vote.

"I am urging the president and the NSA to join this growing bipartisan coalition and work with Congress to focus the NSA's surveillance efforts on terrorists and spies -- not innocent Americans."

The White House has said Obama would veto any proposal to limit NSA surveillance.

U.S. News // 6 hours ago
DHS to end Trump-era 'Remain in Mexico' policy after high court decision
Aug. 9 (UPI) -- The Biden administration announced late Monday that it was ending the controversial Trump-era immigration policy that forced some migrants to wait for their asylum hearings outside the country.

U.S. News // 7 hours ago
Reports: Alex Jones' phone records have been given to House panel investigating Jan. 6
Aug. 8 (UPI) -- A lawyer representing parents who sued host Alex Jones has given a House committee investigating the Jan. 6, 2021, attack on the Capitol some two years' worth of the right-wing conspiracy theorist's text messages.

U.S. News // 10 hours ago
Nurse arrested in deadly L.A. crash charged with six counts of murder
Aug. 8 (UPI) -- A registered nurse arrested in a fiery crash in southern California that killed six people has been charged with murder and gross vehicular manslaughter, according to Los Angeles District Attorney George Gascon.