O.J. Simpson speaks in court prior to his sentencing at the Clark County Regional Justice Center in Las Vegas, Nevada on December 5, 2008. Simpson and co-defendant Clarence "C.J." Stewart were sentenced on 12 charges, including felony kidnapping, armed robbery and conspiracy related to a 2007 confrontation with sports memorabilia dealers in a Las Vegas hotel. (UPI Photo/Isaac Brekken) | License Photo

Fred Goldman and his daughter Kim Goldman appear in court during the sentencing of O.J. Simpson, at the Clark County Regional Justice Center December 5, 2008 in Las Vegas, Nevada. Simpson and co-defendant Clarence "C.J." Stewart were sentenced on 12 charges, including felony kidnapping, armed robbery and conspiracy related to a 2007 confrontation with sports memorabilia dealers in a Las Vegas hotel. (UPI Photo/Ethan Miller/Pool) | License Photo

O.J. Simpson is taken into custody after being found guilty on all 12 charges, including felony kidnapping, armed robbery and conspiracy at the Clark County Regional Justice Center in Las Vegas, Nevada on October 3, 2008. The verdict comes 13 years to the day after Simpson was acquitted of murdering his ex-wife Nicole Brown Simpson and Ron Goldman. (UPI Photo/Daniel Gluskoter) | License Photo

During a 20-minute hearing in which he spoke from the Lovelock Correctional Center, about 90 miles from Reno, Simpson said he regretted the crimes that landed him behind bars and asked for leniency, the Los Angeles Times reported.

Simpson, 66, is serving up to 33 years on a variety of charges stemming from his alleged 2007 attempt to recover stolen sports memorabilia from dealers in a Las Vegas hotel room. In 2008, he was found guilty of kidnapping, robbery and burglary, with some sentences running concurrently and others consecutively.

If the parole board rules in his favor, the one-time star running back at the University of Southern California and the NFL's Buffalo Bills could see three years taken off his sentence, the Times said. A ruling is expected next week.

Simpson also has requested a new trial after accusing his former defense lawyer of a poor performance.

In 1995, Simpson was found not guilty of killing his former wife Nicole Brown Simpson, and her friend Ronald Goldman, in a much-publicized, eight-month murder trial in Los Angeles. He was ordered to pay millions to the Brown and Goldman families in a wrongful death suit in February 1997. 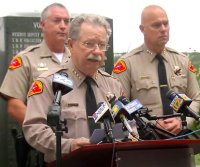 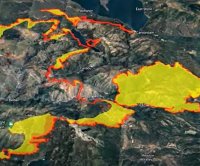 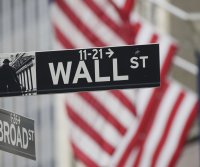 U.S. News // 4 hours ago
Aon, Willis $30B merger canceled after Justice Department suit
July 26 (UPI) -- Aon and Willis Towers Watson on Monday called off a $30 billion deal that, had it gone through, would have resulted in the world's largest insurance broker.
Advertisement