Zimmerman trial jury recesses for day with no verdict 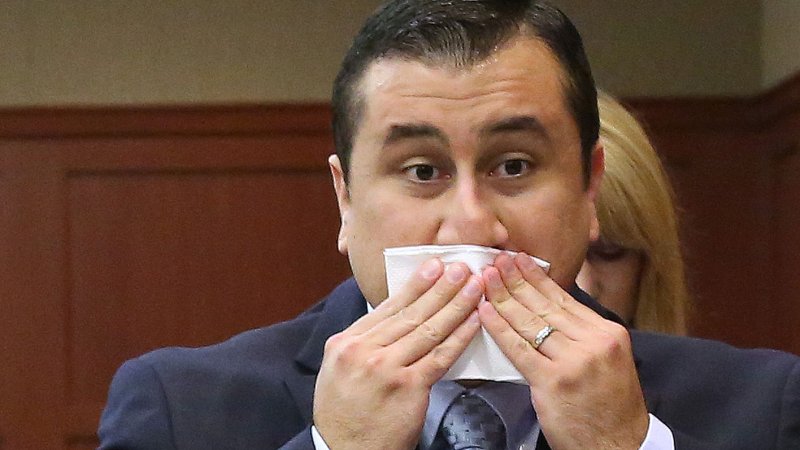 George Zimmerman, wipes perspiration from his face after arriving on day twenty-four of his trial in Seminole circuit court Sanford, Florida, July 12, 2013. The prosecution will have a one hour rebuttal at the end of the defense closing arguments. Zimmerman is accused of second degree murder in the fatal shooting of Trayvon Martin. The jurors will be allowed to consider a lesser charge of manslaughter in the case. UPI/Joe Burbank/Pool | License Photo

SANFORD, Fla., July 12 (UPI) -- A Florida jury recessed for the evening Friday without reaching a verdict in the second-degree murder trial of George Zimmerman in the death of Trayvon Martin.

The jury is to resume deliberation Saturday morning.

About 2 hours after the jury began deliberating Friday in Sanford, Fla., its six members asked Judge Debra Nelson for an inventory of all evidence exhibits, numbered and with descriptions. Nelson directed the court clerk to prepare a comprehensive list, the Orlando Sentinel reported.

Police prepared for possible unrest regardless of the verdict.

Zimmerman, 29, is charged with second-degree murder in the Feb. 26, 2012, death of Martin, who was 17 when Zimmerman shot him during a struggle. Zimmerman, a neighborhood watch volunteer, said he thought Martin was acting suspiciously as he walked from a convenience store to his father's fiancee's home in a gated community.

The six-woman jury listened to 3 hours of closing arguments that began Thursday before retiring to the jury room, the Orlando Sentinel reported. Judge Debra Nelson ruled Thursday jurors could consider manslaughter in addition to the murder charge.

If convicted, Zimmerman could face life in prison for second-degree murder and a possible 30 years for manslaughter with a firearm.

Defense attorney Mark O'Mara said it's "more important that innocence be protected than that the guilty be punished" as he told the jury his client was innocent.

While the state had to show Zimmerman was guilty beyond a reasonable doubt, O'Mara said he was going to "take on the obligation of proving to you that my client is innocent."

He showed the jury a computer-animated re-enactment of what the defense contends happened the night Zimmerman shot Martin.

Admitting the animation was "somewhat made up," O'Mara said it "does give an idea, a perspective, that at least is consistent with the evidence presented in the case."

Nelson had earlier ruled the animation could not be presented as evidence during the trial, but allowed the defense to show it during closing arguments as a visual aid.

O'Mara urged jurors not to make assumptions, cautioning them not to "fill in any gaps" that might favor the state's case.

De la Rionda's argument was that Zimmerman, presumed innocent by the court, did not give the same benefit of the doubt to Martin.

Zimmerman "automatically assumed that Trayvon Martin was a criminal," de la Rionda told the jury in a 2-hour closing statement in the Seminole County Courthouse. "And that's why we're here."

Martin "was wearing a hoodie," de la Rionda said. "Last I heard, that's not against the law. But in this man's eyes, he was up to no good."

He pointed out Zimmerman had called police, saying he believed Martin was suspicious and noted there had been break-ins in the neighborhood.

"The defense may say, 'Oh, he was just angry,'" de la Rionda said. "Well, you decide. I would decide that's more than a little angry. That's frustration, ill will, hatred. You've made up your mind it's a criminal, and you're tired of criminals."

"He is dead through no fault of his own. He is dead because another man made assumptions. Because his assumptions were wrong, Trayvon Benjamin Martin no longer walks on this earth."

U.S. News // 4 hours ago
DHS to end Trump-era 'Remain in Mexico' policy following Supreme Court decision
Aug. 8 (UPI) -- The Biden administration announced late Monday that it was ending the controversial Trump-era immigration policy that forced some migrants to wait for their asylum hearings outside the country.

U.S. News // 5 hours ago
Reports: Alex Jones' phone records have been given to House panel investigating Jan. 6
Aug. 8 (UPI) -- A lawyer representing parents who sued host Alex Jones has given a House committee investigating the Jan. 6, 2021, attack on the Capitol some two years' worth of the right-wing conspiracy theorist's text messages.

U.S. News // 7 hours ago
Nurse arrested in deadly L.A. crash charged with six counts of murder
Aug. 8 (UPI) -- A registered nurse arrested in a fiery crash in southern California that killed six people has been charged with murder and gross vehicular manslaughter, according to Los Angeles District Attorney George Gascon.