WASHINGTON, July 11 (UPI) -- If the sequester extends into fiscal year 2014, the Pentagon would be forced to impose a series of draconian moves, U.S. Defense Secretary Chuck Hagel warned.

In a letter to the Senate Armed Services Committee, Hagel estimated the sequester would remove $52 billion from defense spending in FY 2014 in addition to the $37 billion eliminated in FY 2013, drastically reducing "the size, the readiness and the technological superiority of our military," Military.com reported Thursday.

"This outcome is unacceptable as it would limit the country's options in the event of a major new national emergency contingency," Hagel said in his letter to Chairman Carl Levin, D-Mich., and Sen. James Inhofe, R-Okla., the panel's ranking Republican.

The two senators had asked for the department's initial estimates about the effects of another year of sequester.

If extended, the Pentagon would be forced stop recruiting, freeze promotions and impose layoffs on civilians, as well as be forced to buy "fewer ships, planes, ground vehicles, satellites and other weapons," Hagel said.

Hagel called on Congress to end sequester and support President Obama's proposed FY 2014 budget, which includes provisions to slow the growth in military pay, raise fees for healthcare programs for military retirees and start another round of military base closings.

"If Congress does not approve these proposals, even more cuts in combat power, readiness and modernization would be needed," Hagel said.

U.S. News // 49 minutes ago
U.S. citizen dies in CBP custody at border
March 31 (UPI) -- U.S. Customs and Border Protection said a 61-year-old man died in its custody over the weekend after agents apprehended him for attempting to enter the country from Mexico through a restricted area.

U.S. News // 51 minutes ago
OneWeb bankruptcy opens door for competitors or new investor
ORLANDO, Fla., March 31 (UPI) -- The bankruptcy filing by satellite network company OneWeb opens up the possibility that competitors like SpaceX and Blue Origin could step in to buy its assets, industry experts said. 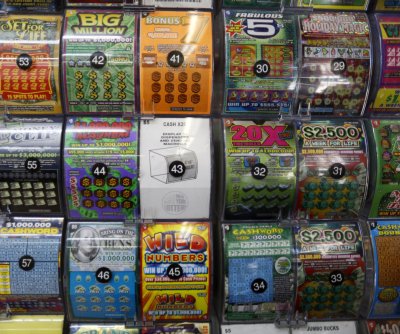