LaHood, a Republican who served in President Obama's Democratic administration, wrote in Sunday's article that the capital was "increasingly distracted by political sideshows and name-calling," but could overcome the problem if able leaders would step forward.

"There is always going to be another issue and another debate," LaHood said. "Our job, as political leaders, is to build the relationships that help us compromise and get things done."

LaHood, who spent seven terms as a GOP congressman, said he had seen some capable leaders in Washington over the years and all displayed similar traits, including the ability to listen to all sides of an issue and reach decisions that do not unfairly favor one side over another.

Good leaders, LaHood said, take their responsibilities seriously and conduct themselves with civility rather than looking to make a splash in the media. "These skills are not necessarily the essence of personal charisma, thrilling oratory or swiftness in debate, but they are critical to achieving long-term progress," he said.

LaHood credited Obama with trying to take the high road as evidenced by his high-profile charm offensive that included golf outings with Republican leaders. "I have said from the beginning of my friendship with this president: Bipartisanship is in his DNA," he said. 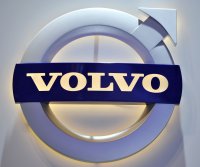 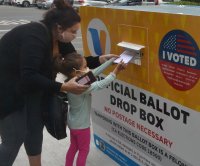