"This work of striking a balance between security but also making sure we are maintaining fidelity to those values that we cherish is a constant mission. That's who we are," Obama said when introducing his nominee to succeed Robert Mueller at the agency. "I'm confident that Jim will be a leader who understands how to keep America safe and stay true to our founding ideals no matter what the future may bring."

Obama said he was confident "our nation's security will be left in good hands" if the Senate confirms Comey for the 10-year assignment.

Comey said he was excited to return to the Justice Department and once again work with the "men and women who have devoted their lives to serving and protecting others."

"I must be out of my mind to be following Bob Mueller," he said.

"I don't know whether I can fill those shoes," Comey said, noting he would be "standing truly on the shoulders of a giant."

In bidding farewell to Mueller, Obama said, "I'll say it as clearly as I can: Countless Americans are alive today and our country is more secure because of the FBI's outstanding work under the leadership of Bob Mueller."

Mueller praised Obama's choice of Comey, calling him a "man of honesty, dedication and integrity."

Comey's "judgment and strong sense of duty will benefit not only the bureau but also the country as a whole," Mueller said.

Mueller became FBI director Sept. 4, 2001, a week before the Sept. 11 terrorist attacks. He served two years longer than the traditional 10-year term for FBI directors. He oversaw the FBI's transformation into a domestic intelligence agency, seeking to prevent future terrorist attacks, from an agency focused on solving crimes.

"To know Jim Comey is also to know his fierce independence and his deep integrity. Like Bob he's that rarity in Washington sometimes. He doesn't care about politics, only cares about getting the job done," Obama said. "At key moments, when it's mattered most, he joined Bob in standing up for what he believed was right. He was prepared to give up a job he loved rather than be part of something he felt was fundamentally wrong.

"Jim understands in a time of crisis, we aren't judged solely by how many plots we disrupt or how many criminals we bring to justice. We're also judged by our commitment the Constitution that we swore to defend and to the values and civil liberties that we pledged to protect," Obama said.

Comey and Mueller's resignation threat -- in the face of fierce pressure from White House Chief of Staff Andrew Card and White House Counsel Alberto Gonzales to recertify the controversial program -- became moot the next day, when Bush overruled Card and Gonzales and agreed to make changes to the program's legal framework, Comey told the Senate panel May 15, 2007.

The issues Comey raised about NSA eavesdropping -- when he was appointed acting attorney general while Attorney General John Ashcroft was hospitalized for gallbladder surgery -- are likely to come up during his confirmation hearings, The New York Times said.

He is expected to be questioned about his views on the NSA's clandestine national security PRISM electronic surveillance program leaked to the news media this month. 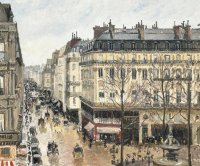