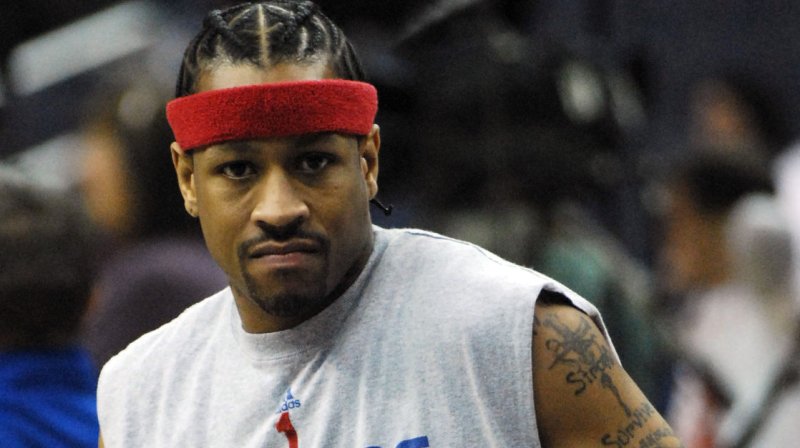 Detroit Pistons Allen Iverson warms up before the game against the Washington Wizards at the Verizon Center in Washington on December 9, 2008. (UPI Photo/Alexis C. Glenn) | License Photo

Allen Iverson, formerly from Georgetown University was the #1 draft pick for the Philadelphia 76'ers at the 1996 NBA draft held at the Continental Airlines Arena,June 26th. UPI/Andy Lowe | License Photo

Allen Iverson's ex-wife, Tawanna Iverson, has filed documents saying that he will not return the couple's children.

The documents state that Allen Iverson asked for permission to take their five children on a short vacation to Charlotte, N.C. The children were supposed to be returned to Tawanna on May 26th, but Allen has refused to give them back.

Tawanna Iverson has sole legal and primary custody of the children, who range from three to 16 years old. The couple set up a neutral exchange for June 4 at a nearby Target store, but her ex-husband never showed.

Now, he is reportedly keeping them in a Georgia hotel. Tawanna said she thinks he never took them on vacation at all, and they went straight to the hotel.

Now, Tawanna Iverson has gone to the court to get them back, and wants Allen to be punished for keeping them. She said Allen had long struggled with alcoholism and had been known to drink around their children.

The report comes after Allen Iverson missed all of his child support payments, which equal $40,000 over five months.

The former couple is set to return to court to settle over the payments. The last time they appeared together in court, the judge attacked Allen Iverson's parenting abilities.

"He does not know how to manage the children," the judge said. "[He] has been a hindrance to their spiritual and emotional growth and development.