A federal judge ordered Arpaio two weeks ago to stop using race or ancestry when determining which drivers are pulled over by police, The Christian Science Monitor reported Friday.

Tim Casey, Arpaio's attorney, said his client has backed away from the controversial enforcement program.

"There will not be roundups of people because they were in the country unlawfully, period," Casey said.

At an upcoming hearing, Arpaio will discuss with lawyers and a judge how he can ensure there are "no further uses of race in any law enforcement decisions," Casey said.

Evelyn Cruz, an immigration law professor at Arizona State University in Tempe, said the ruling in Arpaio's case will likely have an effect nationwide. 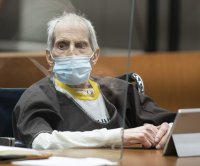 U.S. News // 57 minutes ago
Lawmakers ask NFL for findings of Washington team probe after Gruden emails
Oct. 22 (UPI) -- Two House lawmakers are asking the NFL for documents relating to the workplace culture of the Washington Football Team, just two weeks after the team's president was linked to emails from disgraced coach Jon Gruden. 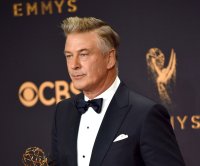 U.S. News // 11 hours ago
Alec Baldwin says he's heartbroken after killing film crew member with prop gun
Oct. 22 (UPI) -- A live bullet that was put into a prop gun handled by actor Alec Baldwin went off and killed a cinematographer on the New Mexico set of a new western film, authorities and officials said Friday.

U.S. News // 5 hours ago
CDC approves Moderna, J&J COVID-19 boosters, mixing and matching doses
Oct. 22 (UPI) -- Tens of millions of additional Americans will now be able to get a COVID-19 booster shot after the CDC authorized extra doses of the vaccines produced by Moderna and Johnson & Johnson.