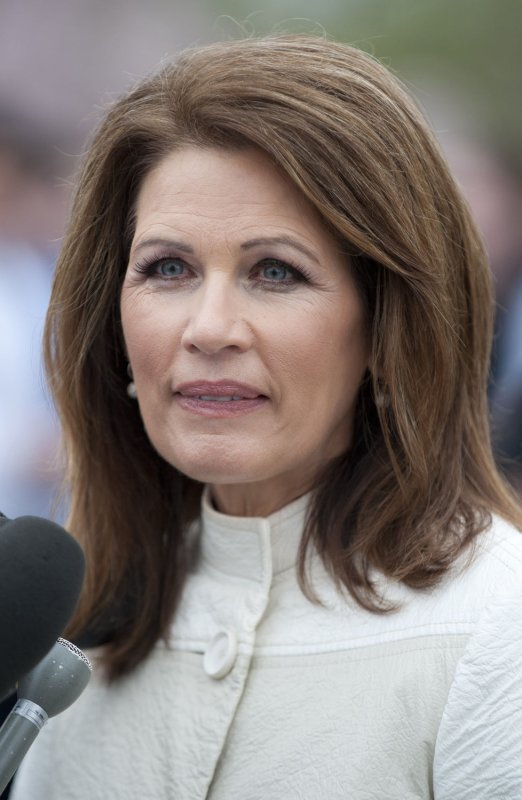 Rep. Michele Bachmann (R-MN) speaks on repealing the health care reform bill at a press conference on repeal of the bill on Capitol Hill in Washington, D.C. on March 21, 2012. UPI/Kevin Dietsch | License Photo

"After a great deal of thought and deliberation, I have decided next year I will not seek a fifth congressional term," Bachmann said in a video posted on her campaign website. "After serious consideration, I am confident this is the right decision."

She said the constitutional limit of eight years in office imposed on the president also was "long enough for an individual to serve as a representative for a specific congressional district."

Bachmann had sought the Republican Party presidential nomination in 2012, winning the Ames, Iowa, straw poll, before falling behind in the state's caucuses. Her presidential bid prompted an ethics investigation into alleged improper payments to campaign consultants.

"I've never considered holding public office an occupation," Bachmann said in the video and pledged to fight for conservative causes for the next 18 months. "I've always considered it to be an honor and privilege."

Thanking her husband, children, foster children and constituents, Bachmann said her future "is full. It is limitless and my passion for America remains."