CHICAGO, April 20 (UPI) -- Chicago Mayor Rahm Emanuel's political fund has attracted hundreds of thousands of dollars, with Hollywood accounting for much of the donations, records show.

About $150,000 of the $426,000 in donations received since Jan. 1 have come from California contributors, the Chicago Sun-Times reported.

More than 55 percent of the contributions have come from out of the state, documents filed this week with the Illinois State Board of Elections indicate.

The mayor's brother, Ari Emanuel, is a high-profile entertainment industry agent. He organized a fundraiser for his brother in California this year, which the mayor attended.

U.S. News // 44 minutes ago
Gallup: Almost 70% in U.S. say COVID-19/viruses are most urgent health issues
Dec. 4 (UPI) -- An overwhelming majority of Americans say COVID-19 and viruses in general are the chief health concerns right now in the United States, according to a Gallup survey Friday.

U.S. News // 6 hours ago
Biden to call for 100 days of masking, taps Dr. Fauci as chief medical adviser
Dec. 4 (UPI) -- President-elect Joe Biden said he will ask Americans on his first day in office to wear a mask for 100 days in order to stymie the spread of the coronavirus.

U.S. News // 8 hours ago
U.S. sanctions Iran-linked group over chemical weapons
Dec. 3 (UPI) -- The Trump administration on Thursday sanctioned an Iranian chemical engineering and research group along with its director over accusations of participating in Tehran's chemical weapons program. 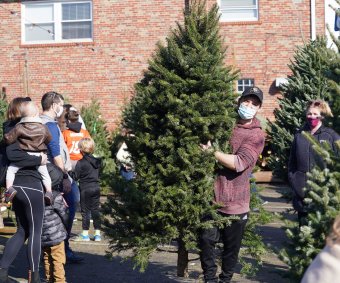