NRA ad: Listen to police, not Obama, on gun control

WASHINGTON, April 17 (UPI) -- Pushing back against gun control bills now before the U.S. Senate, a new ad by the National Rifle Association says most police don't support the measures.

The 30-second spot, on which the NRA says it will spend $500,000, encourages the public to "tell your senator to listen to America's police instead of listening to [President] Obama and [New York Mayor Michael] Bloomberg."

The ad cites a poll by PoliceOne, an online news site for police officers, which found "71 percent of the police say Obama's gun ban will have zero effect on violent crime."

"Ninety-one percent say the right answer is swift prosecution and mandatory sentencing," the ad continues in referencing the survey.

The Senate is considering legislation to ban assault-style weapons and increase background checks for gun purchases.

U.S. News // 1 hour ago
U.S. mayors pressed to address cybersecurity precautions
WASHINGTON, Jan. 20 (UPI) -- Cities can't prevent cyberattacks, but they can take steps to mitigate and recover from breaches, the director of the Cybersecurity and Infrastructure Security Agency told the U.S. Conference of Mayors on Thursday. 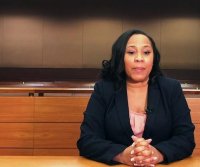 U.S. News // 1 hour ago
Mars announces changes to M&M's characters, logo
Jan. 20 (UPI) -- The classic M&M's look is getting a rebrand -- the chocolate candy characters are being made over and the logo is being tweaked. 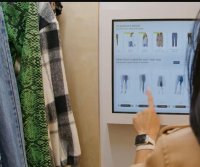