The billboard was scheduled to be unveiled Friday, the New York Daily News reported.

Giffords, the former Democratic representative of Arizona, who in 2011 survived a shooting that left six others dead, is featured on the billboard with her husband, former astronaut Mark Kelly with the message: "Enough. We need your help to stop gun violence."

"What other issue is supported by 90 percent of Americans?" Kelly told the New York Daily News. "Universal background checks keep us all safer. And we need everyone's voice to be heard so Congress takes action, now."

The billboard being placed on the Bow Tie Building was donated by the Americans for Responsible Solutions, the political action committee created by Giffords and Kelly earlier this year.

"We hope everyone who sees the billboard, in one of the most prominent intersections in the world, will see Gabby and Mark's call to action and tell their own representatives ... how important it is to enact universal background checks," said Pia Carusone, executive director of the PAC.

U.S. News // 17 minutes ago
CIA says most cases of 'Havana Syndrome' probably not caused by foreign enemies
Jan. 20 (UPI) -- "Havana syndrome," the name given to mysterious ailments experienced by American diplomats in Cuba and other locations overseas, is unlikely caused by a foreign adversary, according to a report by the CIA. 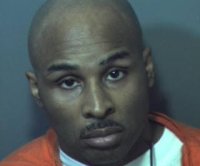