HARRISBURG, Pa., March 31 (UPI) -- Police said they were investigating an online video that warned a Pennsylvania lawmaker her secrets would be aired if she does not support legalizing marijuana.

Republican state Rep. Tarah Toohil has been the target of various videos evidently intended to embarrass her, and allegedly to undermine her re-election chances in 2012, after she, an upstart Tea Party candidate, unseated Democrat Todd Eachus in 2010, The Philadelphia Inquirer reported Sunday.

The 85-second video being investigated used the slogan of a group of hackers called Anonymous: "We are Anonymous. We are Legion. We do not forgive, we do not forget. Expect us."

A woman speaking with an English accent says in a voice over the "legions" were disappointed by Toohil's response to earlier videos that allegedly showed her smoking a bong. The most recent video said she must support decriminalizing marijuana or it would expose her secret, the Inquirer reported.

"Everyone has secrets. Please do not give us a reason to expose yours," the voice over said.

"It was uber-creepy. And it crossed a line," said a top House Republican who requested not to be identified.

George Parry, a Philadelphia defense lawyer and former state and federal prosecutor, said the video may be considered criminal conduct that seeks to unlawfully influence a legislator.

"This appears to be an attempt to influence legislative action ... a threat to cause harm to this legislator's reputation," Parry said. "I think that has broader social implications than just a private citizen being subjected to blackmail."

U.S. News // 18 hours ago
Ohio man's death sentence overturned under new mental illness law
Oct. 23 (UPI) -- An Ohio prisoner's death sentence has been overturned and he was resentenced to life without chance of parole in response to a new law protecting people who were severely mentally ill at the time of their crime. 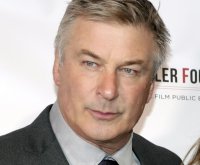