NEW HAVEN, Conn., March 25 (UPI) -- A federal prosecutor told a jury in Connecticut Monday a man accused of setting a house fire that killed three people was secretly recorded saying he did it.

In the taped conversations, Natal allegedly said he set the Fair Haven home in which Wanda Roberson, 42, Jaquetta Roberson, 21, and Quayshawn Roberson, 8, died in 2011 himself because someone living there owed him "bread" -- money -- for a drug debt, the Hartford (Conn.) Courant reported.

Natal is being tried on three counts of arson resulting in death. He could be sentenced to life in prison if convicted on any of the counts.

Natal's father, Hector Morales, 50, of New Haven also is on trial in the case, charged with altering evidence to obstruct the investigation by driving Natal away from the arson scene.

Defense attorneys told the jury the prosecution's cooperating witnesses, including a convicted felon and drug user and dealer, are unreliable, the Courant said.

Attorney Michael Sheehan said prosecutors have put together a case "built on a flawed foundation" with "unreliable testimony from unreliable people" with a history lying. 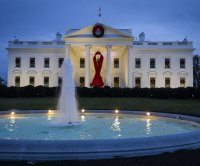