WASHINGTON, March 20 (UPI) -- The first day of spring brought snow and freezing temperatures Wednesday to much of the northern tier of the United States.

In the Midwest, subzero wind chills were reported at Chicago-area airports at about 8 a.m. Wednesday, the Chicago Tribune said. The area was getting a blast of arctic air with highs forecast in the mid 20s.

This vernal equinox is the second in a row with abnormal weather in the Windy City. Last year, the high was a sultry 85 degrees while normal for the day is around 50.

The National Weather Service warned of freezing temperatures in an area from Alabama to North Carolina, advising farmers to do what they can to protect crops.

The equinox is an astronomical phenomenon, the day the sun crosses the equator bringing days and nights of equal length around the world. The weather depends on factors including latitude and elevation as well as the length of the day.

U.S. News // 45 minutes ago
Fiancé of missing woman hasn't been seen in days, family says
Sept. 18 (UPI) -- The family of Brian Laundrie has reported him missing amid an investigation into the disappearance of his fiancée, Gabby Petito, police in Florida said. 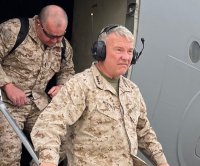 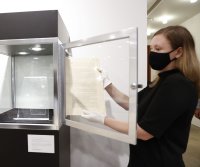 U.S. News // 21 hours ago
NBA's LA Clippers break ground on $1.2B arena, to be named Intuit Dome
Sept. 17 (UPI) -- The NBA's Los Angeles Clippers will break ground Friday on a new arena that's scheduled to open in a few years -- and it will be called the Intuit Dome, following a new 23-year naming rights deal.

U.S. News // 23 hours ago
Biden OKs sanctions against Ethiopian leaders over Tigray fighting
Sept. 17 (UPI) -- President Joe Biden signed an order Friday that authorizes economic sanctions against leaders in Ethiopia over the fighting in the Tigray region, where conflict has pushed Ethiopians to the brink of famine.
Advertisement