PRINCETON, N.J., March 16 (UPI) -- Support for Israel is at a high point in the United States on the eve of President Barack Obama's visit to the Jewish state, a Gallup poll found.

Obama heads to Israel next week for the first time since he took office in 2008. He plans to visit Jordan and the Palestinian West Bank.

Gallup said in a written statement the level of support for Israel was the highest in 25 years.

"Majorities of all political as well as major demographic groups in America say they sympathize more with the Israelis than the Palestinians -- with minor variations by gender, age, education level, and political orientation," Gallup said.

Ynetnews said Israel's support among the American public hasn't been this high since the Gulf War in the early 1990s.

The Gallup World Affairs poll was conducted Feb. 7-10. The random telephone survey of 1,015 U.S. adults and had a sampling margin of 4 percentage points. 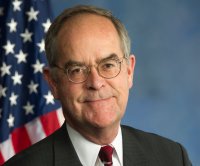 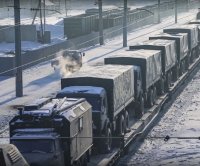