A worker spreads salt in front of the Supreme Court after an overnight storm left a dusting of snow over the Washington Metropolitan Area, in Washington, D.C. on January 24, 2013. UPI/Kevin Dietsch | License Photo

The nine justices heard argument on a challenge from an Alabama county to Section 5 of the act, which says all or parts of 16 states, mainly in the South, have to get permission -- or "preclearance" -- from the U.S. Justice Department or a three-judge federal panel in Washington to make any changes in how people vote in their jurisdictions.

SCOTUSBLOG.com reported the five-member conservative bloc on the court appeared to be skeptical of Section 5, and may require Congress to revisit the provision.

Chief Justice John Roberts rhetorically asked, "Is it the government's submission that the citizens in the South are more racist than the citizens in the North?" Roberts cited present circumstances instead of history, saying Massachusetts has the worst black turnout in elections and Mississippi the best, USA Today reported.

Hundreds of civil rights advocates demonstrated outside the court during the argument.

In a petition to the high court, Shelby County, Ala., asked the justices, "Whether Congress' decision in 2006 to reauthorize Section 5 of the Voting Rights Act ... exceeded its authority under the 15th Amendment and thus violated the 10th Amendment and Article IV of the United States Constitution."

Article IV and the 10th Amendment "reserve to the states the power to regulate elections. Notwithstanding, the 15th Amendment authorizes Congress to enforce against the states that amendment's guarantee of the right to vote free from discrimination on account of race, color or previous condition of servitude," the petition said. "It is this court's duty to ensure that Congress appropriately remedies 15th Amendment violations without usurping the states' sovereign powers. Shelby County asks the court to protect this important federalism interest." 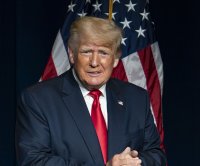