SALEM, Ore., Feb. 23 (UPI) -- A jury has acquitted an Oregon bear hunter of manslaughter in the shooting death of another man.

A jury deliberated about 2 hours Friday before clearing Eugene Collier, 68, of Turner of second-degree manslaughter in the Oct. 21, 2011, shooting death of Christopher Ochoa, the Salem Statesman Journal reported.

Collier's defense was that he thought he was shooting a bear when he fatally wounded the 20-year-old Ochoa, who he said appeared as a dark figure "on all fours" on the edge of his family's property.

Ochoa was a Marine reservist from California who was in Oregon to help a friend, Raymond Westrom. The pair had gone to see the South Falls at Silver Falls State Park the night Ochoa was shot.

"I made a terrible mistake. It was a tragic accident, I didn't mean for it to happen," Collier said. "I'm terribly sorry.

"I look and there's something on its hands and knees. It looks like a bear. I adjust to the target, then shoot it. I'm still certain it's a bear."

Collier said it wasn't until he got closer that he realized he had shot someone. 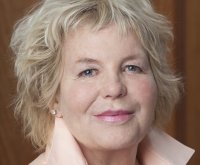 U.S. News // 10 hours ago
Cardona: All schools expected to be open full time by September
May 6 (UPI) -- Education Secretary Miguel Cardona said Thursday morning he expects all schools to be fully open by the fall for the first time since the coronavirus pandemic started more than a year ago.

U.S. News // 11 hours ago
Biden's gov't aims to protect lands, waters in 'America the Beautiful' report
May 6 (UPI) -- Three departments of President Joe Biden's administration rolled out an environmental plan Thursday that aims to increase conservation for U.S. lands and waters over the next decade.