Darr, a Republican, was standing in as acting governor Friday for the state's Democratic governor, Mike Beebe, who had said he would let the bill become law without signing it, KHOZ-AM, Harrison, reported.

"Having been an outspoken advocate for Second Amendment rights, I felt passionately that there should be no delays in signing this bill into law," Darr said. "Within the bill is an emergency clause which states that once this bill is signed the state of Arkansas can no longer publicly release records concerning persons licensed to carry a concealed handgun or those applying for such a license. The release of such records is an invasion of privacy and threatens the safety and property of the persons identified."

The classes include 5-6 hours in the classroom plus time on the gun range. Hill said more women have been signing up for the class. 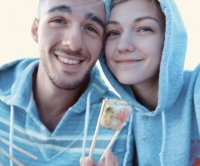