The New York Times, The Wall Street Journal, Bloomberg News and The Washington Post have all announced security breaches. The Times and the Journal said the attacks on their computers originated in China and were responses to coverage of Chinese news.

The Times said negative coverage of Prime Minister Wen Jiabao had provoked the the attack.

"This attack was not the work of amateurs, and we do not believe it was an isolated incident. The attackers were extremely sophisticated, and we believe other companies and organizations have also been recently similarly attacked," said Bob Lord, Twitter's security chief.

The attackers "may have had access to limited user information," Lord said.

Twitter, which has 200 million unique visitors per month, has reset the passwords of the affected accounts and canceled tokens that allow users to remain logged in to their accounts without having to use passwords.

In a non-binding staff report approved in a 4-0 vote by FTC commissioners, the agency said developers of software and applications for mobile should have do-not-track safeguards built into their programs.

The New York Times reported Saturday the FTC also announced a fine of $800,000 imposed on a 2-year-old social networking platform called Path that allows users to chronicle their lives with postings and uploaded photographs and share their entries with friends.

"There was a period of time where our system was not automatically rejecting people who indicated that they were under 13," the company said in a statement.

The company said it would pay the fine and destroy information it had collected, but the agreement with the FTC does not include an admission of guilt. The company had "discovered and fixed this sign-up process qualification and took further action by suspending any underage accounts that had mistakenly been allowed to be created," even before it was contacted by the FTC about the issue, the Times reported.

Although the policy report is non-binding, "this says if you're outside the recommended behavior, you're at a higher risk of enforcement action," said attorney Mary Ellen Callahan, a former chief privacy officer for the Department of Homeland Security.

Boeing moves ahead with stretch Dreamliner

The Journal reported Saturday a source with information on the company's plans said Boeing transported a major section of the 787-9 from Japan to Charleston, S.C., and another section was expected to arrive from Italy within a week.

Boeing is moving ahead with the new model even though the first 50 787 Dreamliner jets are grounded around the world, as investigators look into a series of electrical fires that involved the jet's ion-lithium batteries.

Boeing Chief Executive Officer Jim McNerney said this week investigators were narrowing down possible causes for the fires, but the National Transportation Safety Board and the Federal Aviation Administration issued an update on the investigation Friday that did not suggest the probe would be over soon.

LONDON, Feb. 2 (UPI) -- The new chief executive officer at British bank Barclays said he recommended to the bank's board of directors that they pass him over for a bonus for 2012.

"The year just past was clearly a very difficult one for Barclays and its stakeholders, with multiple issues of our own making besetting the bank. I think it only right that I bear an appropriate degree of accountability for those matters and I have concluded that it would be wrong for me to receive a bonus for 2012 given those circumstances," said Anthony Jenkins, who took over from Bob Diamond in August.

Diamond left after a scandal involving manipulation of the London interbank offered rate, or Libor -- a benchmark lending rate calculated by averaging interest rates banks charge each other for loans that is used to establish lending rates on trillions of dollars of personal and commercial loans.

Barclays agreed with U.S. and British regulators to pay $450 million to settle charges of rate manipulation. Several other large banks have also been involved in the Libor scandal.

The Daily Telegraph reported Saturday that Jenkins is turning down more than $4 million bonus pay he is entitled to receive.

U.S. News // 1 hour ago
Treasury Dept. launches web portal to help non-filers get rebates faster
April 10 (UPI) -- The Treasury Department and the Internal Revenue Service introduced an online tool on Friday designed to speed rebate checks to non-filers in 2018 and 2019.

U.S. News // 4 hours ago
Navajo leaders self-quarantine after COVID-19 exposure
April 10 (UPI) -- As COVID-19 sweeps through the Navajo Nation, the tribe's president and vice president announced they have gone into voluntary quarantine at their homes after being exposed to a first responder who tested positive. 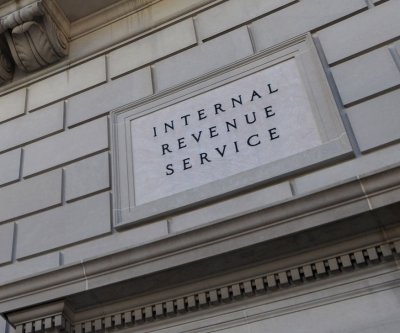 U.S. News // 6 hours ago
Barr: Evidence 'troubling' in FBI-Russia origins inquiry
April 10 (UPI) -- U.S. Attorney William Barr has revealed new details about the ongoing inquiry into the FBI's origins in the Justice Department's Russia investigation, which he said could lead to criminal charges.