"Given what we heard [Monday] about the President's vision for his second term, it's pretty clear to me that he knows he can't do any of that as long as the House is controlled by Republicans," Boehner said Tuesday. "So we're expecting over the next 22 months to be the focus of this administration as they attempt to annihilate the Republican Party."

At the daily press briefing Thursday, Carney said though he hasn't talked to Obama about Boehner's remarks, "his goal is to work together with Congress, with members of both parties, to achieve progress on behalf of the American people.

RELATED Obama: Act even if action is 'imperfect'

"You heard him say in the inaugural address that even though we have profound differences and differences that we will not resolve necessarily in the next year or two or three or four, it is imperative that we come together and act on behalf of the American people. And there are things that we can and must do together," Carney said

The speaker said the next 20 months will be a difficult period for the GOP.

Speaking at a House GOP retreat last week, Boehner warned the next 90 days will include fiscal fights. He said a more long-term vision is needed.

"We've got a lot of big decisions to make," he said. "And while a lot of the retreat unfortunately got focused on the next 90 days, there needs to be further work to talk about how we're going to navigate the next 20 months and what our goals are and how do we defend ourselves in what I do believe is going to be a very hostile environment. All I know is I'm up for the fight."

U.S. News // 35 minutes ago
U.S. warns of heightened businesses risks in Myanmar
Jan. 26 (UPI) -- Ahead of the one-year anniversary of the military seizing control of Myanmar in a coup, the Biden administration is warning Americans about the heightened-risk of doing in business in Asian nation. 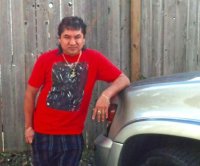 U.S. News // 4 hours ago
Supreme Court denies stay day before Oklahoma execution
Jan. 26 (UPI) -- The U.S. Supreme Court on Wednesday denied a stay of execution for an Oklahoma death row prisoner scheduled to be executed less than a day later.