WASHINGTON, Jan. 21 (UPI) -- Senate Democrats will draft a U.S. budget for the first time in four years, a key senator said, seeing this as "a great opportunity" to raise taxes on the rich.

The budget blueprint will set the stage for a broad overhaul and simplification of the U.S. tax code, dating from 1986, Sen. Chuck Schumer, D-N.Y., told the NBC News program "Meet the Press" Sunday.

"In our budget that we will pass, we will lift tax reform, which many of my Republican colleagues liked, but it's going to include revenues," Schumer told the program. "It's a great opportunity to get us some more revenues to help in part deal with sequestration and deal with the debt issue."

Budget sequestration is part of legislation passed in the summer 2011 debt-ceiling crisis that created drastic across-the-board defense- and domestic-spending cuts that were mandated to go into effect Jan. 1 as part of the "fiscal cliff." Congress postponed those cuts until March 1 in a New Year's Day compromise with the White House.

The proposed tax increases to be included in the Senate budget would be on the wealthy, oil and gas companies and corporations doing business overseas, Schumer said.

The increases on the wealthy, which Schumer did not spell out, would be in addition to the rate increase on income over $450,000 a year that Congress voted on at the beginning of the month during the fiscal cliff fight.

While the Senate version will have tax increases, the final budget will include "spending cuts, and those will be negotiated," Schumer, the No. 3 Senate Democrat, told The Washington Post after the NBC show. "But doing a budget is the best way for us to get revenues."

His announcement came three days after House Republicans said they would vote this week to raise the government's $16.4 trillion debt ceiling for three months, but only if senators pass a budget this year or lose their pay.

The House leaders said they wanted the two chambers to return to the days when each adopted their own budget proposal and then they worked out differences in a joint conference committee.

Schumer said the Republicans' agreement to raise the government's statutory borrowing limit without tying the increase to spending cuts of equal size "was a major victory for the president."

President Barack Obama had vowed not to negotiate over the debt ceiling as he did in 2011.

"The Republicans now have twice lost out on fiscal issues in the last month -- first the fiscal cliff and now this," Schumer told NBC.

"After nearly four years of avoiding their responsibility, at least one member of the Senate Democrat leadership is finally committing to do their job," he told The New York Times.

"But I don't think anyone's shocked that Democrats simply see it as another way to try and raise taxes on the American people and small businesses," Stewart said.

Schumer told "Meet the Press": "We're going to do a budget this year and it's going to have revenues in it and our Republican colleagues better get used to that fact."

U.S. News // 1 hour ago
Rep. Fortenberry expects federal indictment accusing him of lying to investigators
Oct. 19 (UPI) -- Congressman Jeff Fortenberry said he expects to be indicted on allegations he lied to federal investigators after a campaign scandal five years ago. 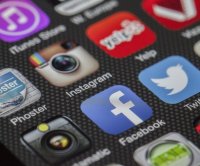 U.S. News // 3 hours ago
Facebook rolls out 'Novi' crypto wallet to test in U.S., Guatemala
Oct. 19 (UPI) -- Facebook launched its digital wallet for cryptocurrencies, called Novi, in most of the United States and one Central American nation on Tuesday.