Jay Rockefeller to retire from Senate

CHARLESTON, W.Va., Jan. 11 (UPI) -- Jay Rockefeller, who arrived in West Virginia almost 50 years ago as a VISTA volunteer, announced Friday he will not run for a sixth term in the U.S. Senate.

Rockefeller, 75, served for eight years as governor of the state before winning a Senate seat in 1984.

He was the first member of his family to run for public office as a Democrat.

His decision means the seat will be up for grabs in 2014 with a Republican candidate having a good chance of winning it, the report said.

Rockefeller said fear of losing the next election was not a factor in his decision.

After losing a race for governor in 1972, Rockefeller won four years later.

Rockefeller told Politico one of his biggest mistakes was his 2003 vote in favor of the invasion of Iraq. His proudest achievements, he said, include the 1992 Coal Act, which provided health benefits for retired miners, and an expansion of Medicaid to cover more poor children.

U.S. News // 1 hour ago
Facebook rolls out 'Novi' crypto wallet to test in U.S., Guatemala
Oct. 19 (UPI) -- Facebook launched its digital wallet for cryptocurrencies, called Novi, in most of the United States and one Central American nation on Tuesday.

U.S. News // 2 hours ago
George Zimmerman's former lawyer charged with tampering in rape case
Oct. 19 (UPI) -- A Florida attorney who at one time represented neighborhood watch volunteer George Zimmerman after he shot Trayvon Martin has been arrested on a criminal charge in an unrelated case.

U.S. News // 4 hours ago
Lab testing old DNA evidence from Atlanta Child Murders case, mayor says
Oct. 19 (UPI) -- Atlanta authorities have turned over evidence to a forensic lab in Utah, hoping that it will produce some definitive proof in the deaths of numerous children who were killed in the city four decades ago. 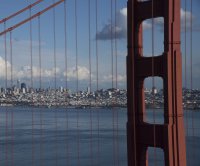