He and other prosecutors said they planned to introduce evidence showing this, as well as logs of February 2010 online chats between Manning and WikiLeaks founder Julian Assange, including one suggesting the two men were "laughing" about a New York Times article.

The March 17, 2010, article said the Pentagon added WikiLeaks to its list of enemies threatening U.S. security.

Manning, 25, of Crescent, Okla., faces 22 charges for allegedly leaking classified information to WikiLeaks when he was a low-level intelligence analyst in Baghdad in 2009 and 2010.

That information included some 260,000 diplomatic cables, more than 90,000 intelligence reports on the war in Afghanistan, field reports from the Afghanistan and Iraq wars, video footage of a U.S. helicopter gunship killing two Western journalists in Iraq, and Washington assessments of Guantanamo Bay, Cuba, detainees.

The charges against him include violating the 1917 Espionage Act and "aiding the enemy," a capital offense. Prosecutors have said they won't seek the death penalty, but if convicted on all charges, Manning would face life imprisonment without parole.

Col. Denise Lind, the judge presiding over the pretrial hearing, said Manning's trial, scheduled to begin March 6, would now be postponed until at least June 3 to allow for consideration of classified information that may be used.

The trial is expected to take about six weeks.

Seeking a lower sentence, Manning's attorneys said Manning would be willing to admit to a list of crimes with a total maximum sentence of 20 years, the Times reported Thursday.

If the judge finds the plea legal, prosecutors can go along with it or move ahead with the trial. 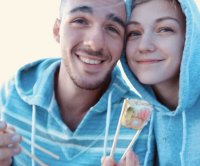