WASHINGTON, Jan. 3 (UPI) -- President Obama said portions of the defense bill he signed Thursday may be unconstitutional congressional intrusions but he will implement them.

Obama particularly objected to provisions of the bill that restrict his ability to transfer prisoners from Guantanamo Bay, Cuba, and a detention center in Afghanistan.

"Several provisions in the bill ... raise constitutional concerns. Section 1025 places limits on the military's authority to transfer third country nationals currently held at the detention facility in Parwan, Afghanistan," Obama said in a statement released by the White House.

"That facility is located within the territory of a foreign sovereign in the midst of an armed conflict. Decisions regarding the disposition of detainees captured on foreign battlefields have traditionally been based upon the judgment of experienced military commanders and national security professionals without unwarranted interference by members of Congress.

"Section 1025 threatens to upend that tradition," he added, "and could interfere with my ability as commander in chief to make time-sensitive determinations about the appropriate disposition of detainees in an active area of hostilities. Under certain circumstances, the section could violate constitutional separation of powers principles. If section 1025 operates in a manner that violates constitutional separation of powers principles, my administration will implement it to avoid the constitutional conflict."

Obama also said Congress has designed and renewed some sections of the act "in order to foreclose my ability to shut down the Guantanamo Bay detention facility. I continue to believe that operating the facility weakens our national security by wasting resources, damaging our relationships with key allies, and strengthening our enemies. My administration will interpret these provisions as consistent with existing and future determinations by the agencies of the executive responsible for detainee transfers. And, in the event that these statutory restrictions operate in a manner that violates constitutional separation of powers principles, my administration will implement them in a manner that avoids the constitutional conflict."

The president said he signed the National Defense Authorization Act for Fiscal Year 2013 "because it authorizes essential support for service members and their families, renews vital national security programs, and helps ensure that the United States will continue to have the strongest military in the world.

Even though I support the vast majority of the provisions contained in this Act, which is comprised of hundreds of sections spanning more than 680 pages of text, I do not agree with them all." 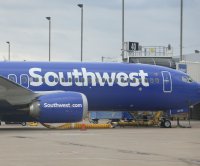 U.S. News // 3 hours ago
Nor'easter: Flooding, more than 600,000 without power in N.Y., New England
Oct. 27 (UPI) -- More than a half-million customers were without electricity in the Northeast early Wednesday due to heavy rains and strong winds from a major nor'easter that's also caused serious flooding in some areas.