Calabrese Sr. was convicted in September 2007 of carrying out 13 murders related to organized crime in Chicago. The cause of death hasn't been determined but was believed to be natural. The former strongman suffered from multiple ailments including heart disease, the Chicago Sun-Times said Thursday. He was being held at the Butner Federal Medical Center.

Calabrese Sr.'s son, Frank Calabrese Jr. -- who recorded his father bragging about the killings and testified against him during his trial -- said he hoped his father had made peace with his misdeeds.

"It's very emotional right now because there were two sides to my dad, and I miss the good side," Calabrese Jr. said.

U.S. News // 6 minutes ago
U.S. expresses 'deep concern' of Russia's military buildup near Ukraine
April 19 (UPI) -- The United States on Monday expressed its "deep concern" over the Kremlin's plan to block foreign naval ships and other state vessels from the Black Sea.

U.S. News // 2 hours ago
Suspect identified in Wisconsin bar shooting that killed 3, injured 3 others
April 19 (UPI) -- Authorities on Monday identified a 24-year-old man arrested in connection with a weekend mass shooting that left three people dead and three others injured at a Kenosha, Wis., bar.

U.S. News // 8 hours ago
Fiery Tesla crash in Texas kills 2 men, no one in driver's seat, authorities say
April 19 (UPI) -- Two people died when a Tesla going at a high speed with no one in the driver's collided into a tree and caught fire in an area near Houston, Texas, authorities said Monday. 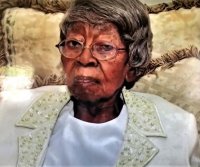