The Year in Review 2012: Congress plays musical chairs but leadership stays the same

The political divide of the U.S. Congress remained the same after Election Day 2012, with Republicans controlling the House of Representatives and Democrats holding onto the Senate.

"The national government has not functioned well of late yet this election returned to power the same leaders in the House, Senate and presidency who have presided over little recent progress," commentator Steven Schier, a political science professor at Minnesota's Carleton College, said soon after the election. "That makes the prospects for breakthrough reforms that solve pressing national problems murky at best."

"It was a status quo election when the country needs far more than status quo solutions."

For his part, House Speaker John Boehner, R-Ohio, said he, too, was willing to work with the opposition party, but noted the electorate kept Republicans in power in the lower chamber.

During a news conference the day after Election Day, Boehner said, "Mr. President, the Republican majority here in the House stands ready to work with you to try to do what's best for the country."

Democrats boldly predicted they'd reclaim the House. Not only did that not happen, the final tally wasn't close. In fact Minority Leader Nancy Pelosi scaled back her prediction of winning a net 25 seats (needed for a leadership switch) to a more modest single-digit number.

Republicans expressed confidence that they'd take over the Senate -- and with a GOP House and Republican president, offer the country a unified government.

That didn't happen either. In fact, Democrats added two seats, inching them closer to a filibuster-proof, 60-vote supermajority.

But while the leadership remained the same, the House and Senate memberships did change their makeup.

Minnesota's normally reliably blue 8th Congressional District, which elected Republican Chip Cravaack in a 2010 midterm election shocker over veteran Jim Oberstar, returned to the Democratic fold with the election of Rick Nolan, who heads back to Congress after a several-decades hiatus.

In the House, 21 Democrats and 19 Republicans retired, including Texas Rep. Ron Paul, who hoped his libertarian brand of politics would catch fire and lead to his becoming the Republican Party presidential candidate.

Two Democratic Senate seats Republicans thought were ripe for the plucking remained in Democratic hands thanks to major miscues by the GOP candidates.

In Missouri, Sen. Claire McCaskill, a Democrat, was on the critical list, given no chance of winning a second term until Republican challenger Rep. Todd Akin spoke of "legitimate rape" then refused to drop out despite calls up and down party to do so.

Then in Indiana, crystal-ball gazers gave Democratic Rep. Joe Donnelly virtually no chance of winning the Senate seat long held by GOP moderate Richard Lugar -- until GOP rival Richard Mourdock landed in hot water with comments during a debate that he is opposed to abortion in the case of pregnancies resulting from rape because they are "something that God intended to happen."

Democrats also won the Maine seat held by Republican Snowe, because independent Angus King said he would caucus with the party.

U.S. News // 23 minutes ago
Capitol Police union condemns leadership for failing to notify officers of riot threat
Jan. 27 (UPI) -- Capitol Police Labor Committee Chair Gus Papathanasiou said Wednesday it was "unconscionable" that leadership was aware of the threat of the Jan. 6 riot at the Capitol and failed to properly inform officers.

U.S. News // 2 hours ago
VA nominee McDonough: Guiding veterans through pandemic will be top priority
Jan. 27 (UPI) -- Denis McDonough, President Joe Biden's nominee to head the Department of Veterans Affairs, said if confirmed he will make "getting our veterans through this pandemic" a top priority. 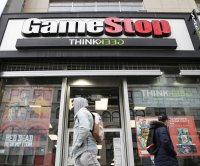 U.S. News // 6 hours ago
U.S. markets fall amid negative Fed outlook, GameStop speculation
Jan. 27 (UPI) -- The Dow Jones Industrial Average had its worst day since October and the S&P 500 erased its gains for the year amid pessimism from the Federal Reserve and concern over speculative trading of GameStop and AMC stock.

U.S. News // 6 hours ago
Homeland security warns of domestic extremism threat
Jan. 27 (UPI) -- The Department of Homeland Security issued a national terrorism advisory bulletin Wednesday warning of a heightened threat throughout the United States inspired by an attack at the U.S. Capitol three weeks ago.

U.S. News // 7 hours ago
Tornado causes damage at Tallahassee Airport
A severe thunderstorm spun up a tornado that struck the Tallahassee International Airport in Florida just before noon on Wednesday, causing damage and forcing the airport to be shut down temporarily. 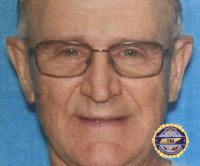 U.S. News // 12 hours ago
Biden's COVID-19 Response Team: 'We want to be a step or two ahead'
Jan. 27 (UPI) -- President Joe Biden's White House COVID-19 Response Team gave its first news briefing Wednesday in what the administration hopes will be a new focus on "letting science speak" in the fight against the pandemic.