Fiscal Cliff: Social Security, Medicare could be cut to rein in spending 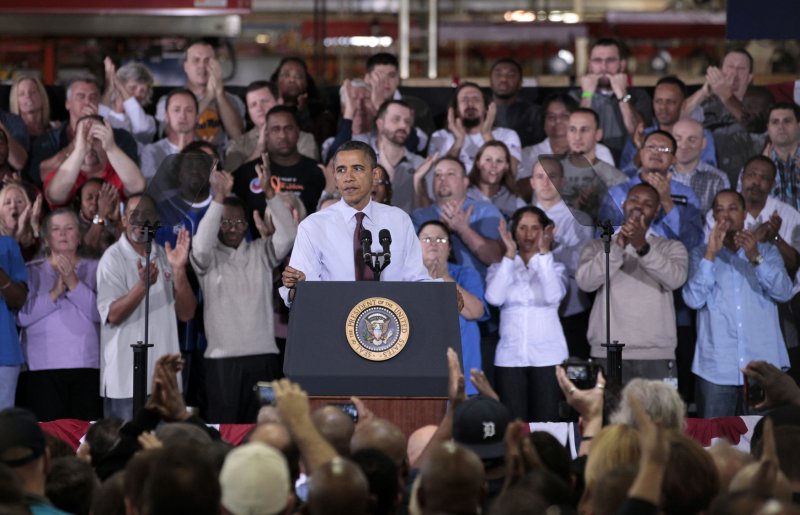 As the clock ticked down on 2012 and the "fiscal cliff" loomed ever closer, concerns mounted among seniors that any solution to U.S. fiscal problems would be resolved at least partially on their backs.

Republicans insist spending, especially growing spending on entitlements, must be reined in -- Social Security and Medicare in particular, though Medicaid and food stamps also were on the list. Democrats, while insisting the two programs that protect seniors not be gutted, acknowledge the need to control spending and find a way to slow the growth that eats up evermore of the gross domestic product.

It's no surprise that spending for the two programs is growing. The baby boom generation, which has been skewing demographics since it was in diapers, is retiring at a rate of 10,000 a day. By 2030, all those born from 1946 through 1964 will have reached retirement age and the Pew Research Center estimates they will make up 18 percent of the U.S. population. Currently, seniors make up about 13 percent of the population.

Republicans have been pushing Medicare reform, changing it from a straight payment/reimbursement program for services rendered to a stipend/voucher system that would give seniors a set amount and tell them to go find their own coverage. Democrats estimate that would cost seniors thousands of dollars annually.

Advertisement
RELATED No new 'cliff' talks; Boehner back in Ohio

"Progressives created Social Security and Medicare and we have fought to protect them because we know that they are the cornerstone of financial security for middle class families," Senate Majority Whip Dick Durbin, D-Ill., recently said in a speech at the Center for American Progress.

"But it is not protection to pretend that Social Security and Medicare can continue forever without any changes.

"The truth is Social Security and Medicare have survived this long precisely because we have been willing in the past to make technical adjustments without sacrificing the basic principles or fundamental soundness of these essential programs."

But, Durbin said, it's a conversation for another day and should not be a part of the machinations to avert the "fiscal cliff," the expiration of tax cuts enacted during the George W. Bush administration and $500 billion in spending cuts, borne in large part by the Defense Department.

In 2010, President Obama asked former Sen. Alan Simpson and former White House Chief of Staff Erskine Bowles to head up a commission to figure out out what do do about growing deficits and mounting debt.

After eight months, the National Commission on Fiscal Responsibility and Reform released its report recommending $6.3 trillion in deficit reduction and sent it to Congress where the recommendations were dead on arrival.

The plan did not count changes to Social Security in its deficit reduction proposal but acknowledged changes in revenue and benefits would be necessary. When it came to Medicare, however, Simpson-Bowles lumped the program in with other government health spending, imposing a cap on annual growth pegged to GDP but didn't specify what would happen if spending exceeded the cap.

Among the suggestions for shoring up both Social Security and Medicare are raising the retirement age and lifting the earnings cap for contributions for the former, and raising the eligibility age, or conversely opening Medicare to everybody, and means testing for benefits eligibility for the latter.

AARP Executive Vice President Nancy LeaMond warned last week raising the eligibility age for Medicare to 67 would just shift costs to beneficiaries and do nothing to lower healthcare costs.

"Raising the age would force 65- and 66-year-olds into the private market, costing them an estimated $2,000 a year or more," LeaMond said in a news release. "Even in the exchanges created by the Affordable Care Act, seniors will pay three times more for insurance than younger individuals.

"At the same time, removing the youngest and generally healthiest older Americans from Medicare would result in higher premiums for those remaining in the program. Adding older Americans to private insurance risk pools will drive up employer healthcare costs and premiums for those in the private market. And many low-income seniors would turn to Medicaid, increasing costs to the states."

The National Committee to Preserve Social Security and Medicare trotted 65,000 petitions urging Congress to keep its hand off the two programs to Capitol Hill last week and presented them to Sen. Bernie Sanders, Ind.-Vt.

University of Missouri economics Professor Randall Wray said all the hand-wringing related to the debt and deficit are just an excuse to tamper with Social Security and Medicare.

"There is no deficit and debt crisis now or looming in the distant future," he said in a release.

"We all knew the election was a minor diversion because, no matter who won, the first order of business would be to gut the social safety net. The 'fiscal cliff' was always part of the plot line, to stiffen the will of Democrats to reverse the progressive stance ... taken since the time of Roosevelt."

Robert Kuttner, co-founder and co-editor of The American Prospect magazine, noted in a recent Huffington Post article Obama put Social Security on the table in 2011 during the debt ceiling negotiations.

"By all appearances, the eager-beaver bipartisan Obama that we saw in early 2009 ... is back," Kuttner wrote. "Despite his recent victory, if he is too eager to make a deal, he -- and we -- will get rolled."