"The heartbreaking reality is that 20 percent of the nearly 3,000 meals we serve daily at St. Anthony's are served to veterans," Stenger said in a statement.

St. Anthony's and the Veterans Administration provide help to veterans who face extreme isolation and services to help them rebuild their lives, Stenger said.

The Departments of Veterans Affairs and Housing and Urban Development said in a recent report it estimated 76,000 veterans experience homelessness on any given night.

"This population is composed of veterans of different conflicts, ranging from World War II to the current conflicts. Though research indicates that those serving in the late Vietnam and post-Vietnam era are at greatest risk of homelessness, veterans returning from the current conflicts in Afghanistan and Iraq often have severe disabilities that are known to be correlated with homelessness," the National Alliance to End Homelessness in Washington said on its website. 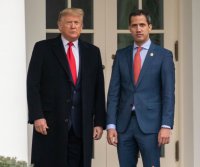 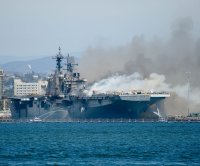