Poll: Americans in Israel back Romney

An American Israeli cast his absentee ballot for the USA elections at a temporary polling station in a synagogue, set up by the organization "I Vote Israel", in Ramat Bet Shemesh, Israel, October 22, 2012. UPI/Debbie Hill | License Photo

Some 85 percent of the 80,000 American-Israelis who registered to vote through VoteIsrael, which conducted the survey, backed Romney, The Guardian reported Friday.

VoteIsrael said around 7,500 Israelis are registered to vote in Florida, and 3,500 in Ohio.

However, Democrats Abroad Israel disputed the claims made by VoteIsrael, saying the poll was "slanted and extremely partial" because it was based on surveys carried out only at VoteIsrael polling stations.

"All they're doing is providing information about the people they polled at their polling stations, in places where there are predominantly Orthodox and rightwing Jews," said Hillel Schenker, the acting chairman of Democrats Abroad Israel. 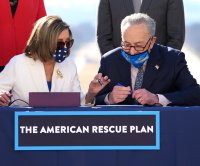 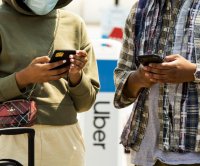