Treasury officials said the country probably will reach its borrowing limit about the time Congress will be struggling with automatic tax hikes and draconian government spending cuts scheduled to go into effect Jan. 1, the Los Angeles Times reported Wednesday.

"It [the debt limit] adds to the cauldron of the dark brew," Mark Zandi, chief economist at Moody's Analytics, said, "that makes the disaster more disastrous."

The Congressional Budget Office and most economists predict 2013 will see another recession if nothing is done to prevent the convergence of tax increases and spending reductions known as the "fiscal cliff." Getting too close, or hitting, the debt ceiling likely would lead to another downgrade of the U.S. credit rating.

The Treasury Department said "extraordinary measures" would be needed to manage the nation's finances to give Congress and the White House time to work on a debt-limit increase, the Times said. But even then, Washington likely would have until early 2013 before the government faced possible default.

"I think that, as we saw last summer [2011], it's important that the debt limit is raised in a timely manner, but really that's in Congress' hands," said Matthew Rutherford, assistant Treasury secretary for financial markets.

House Speaker John A. Boehner, R-Ohio, said in May his formula for raising the debt limit was that any increase must be offset by "spending cuts and reforms that exceed the amount of the debt limit increase."

On Wednesday, Boehner spokesman Kevin Smith told the Times, "No decisions have been made on timing, but the speaker's principle ... will have to be met."

U.S. News // 14 hours ago
EF3 tornado ravages Philadelphia suburb amid mass casualty event
July 30 (UPI) -- One day after a destructive tornado struck eastern Pennsylvania, National Weather Service meteorologists confirmed that an EF3 tornado had torn through the area with peak winds of up to 140 mph. 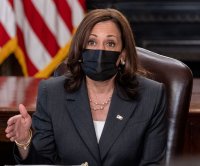 U.S. News // 19 hours ago
U.S. inflation gauge rose in June by largest amount in 30 years
July 30 (UPI) -- A key signal that measures inflation in the United States increased by nearly 4% during the month of June, the Commerce Department said Friday.