The legislators argue that Romney's widely well-reviewed performance at Wednesday's debate actually reinforces their case that he is a flip-flopper, The Hill reported.

"Romney's performance featured a rather dramatic departure from his public record and campaign proposals," Rep. James Clyburn, D-S.C., said Thursday, "and he displayed a reckless disregard for bedrock American values of truth and honesty."

Rep. Jan Schakowsky, D-Ill., accused Romney of lying to appear more centrist than he really is.

"We saw a Romney that is clearly an etch-a-sketch," she said Thursday. "He likes bank regulations now? He wants more teachers? No tax cuts for the rich? ... He was basically lying."

Romney said Wednesday, "I will not reduce the taxes paid by high-income Americans" but Democrats say that pledge would seem to run counter to earlier vows to cut taxes for everyone -- "including the top 1 percent" -- to eliminate the estate tax and to extend the Bush-era tax rates for everyone. 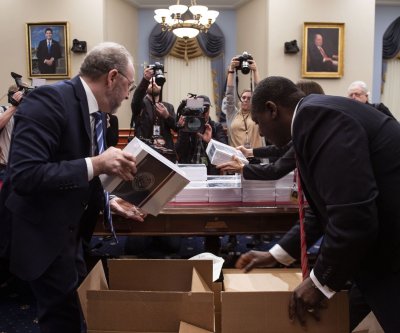