ORLANDO, Fla., Aug. 21 (UPI) -- Casey Anthony, who was acquitted in Florida of killing her daughter and admitted check fraud, will not make her post-probation plans public, her lawyer says.

Charles Greene suggested to ABC News the end of court supervision Friday does not mean Anthony can return to an ordinary life.

"People ranging from the media to people with lawsuits against her to people with just a fantastic obsession with her search for her on a daily basis," Greene said. "People have a fascination with her life that, for some people, borders on psychotic."

Anthony, 26, was charged with killing Caylee Anthony, 2, and dumping the body near her parents' home in Orlando, where the little girl's skeletal remains were found months later. During her trial last year, she suggested Caylee drowned accidentally and her father insisted on hiding the body.

She spent months in jail awaiting trial. Anthony was sentenced to one year on probation for stealing checks from a friend.

Anthony, who is unemployed, has been living somewhere in Florida and, for the most part, has kept away from the public and news media. She still faces a lawsuit brought by Zenaida Fernandez-Gonzalez. When Caylee's disappearance was first reported, Anthony told police she had been kidnapped by a babysitter with that name.

Witnesses said during the trial Anthony before her arrest partied hard while her daughter was missing.

"There's things she wants to say, but they need to be on her time, her terms, her conditions," he said. "I hope that one day she says more."

U.S. News // 1 hour ago
Multiple clipper-type storms to blanket Midwest to Northeast
bc-US-weather-storms-blanket-Midwest-Northeast As waves of cold air continue to bring bone-chilling conditions into north-central and northeastern United States, one or more storms from Canada will bring the chance for snow to over 50 million people on East Coast.

U.S. News // 3 hours ago
Michael Avenatti seeks COVID-19 related delay for alleged Stormy Daniels theft trial
Jan. 23 (UPI) -- Michael Avenatti, the disgraced attorney who represented Stormy Daniels in her 2018 lawsuit against Donald Trump, has sought a two-week delay to the trial over whether he cheated her out of her $300,000 book advance. 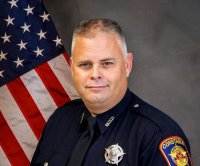 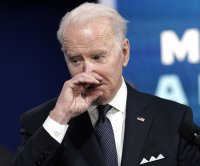