"He's not a superhero; he's a human. So he needs your help," the first lady said Sunday in Los Angeles at a fundraising event hosted by No Doubt lead singer Gwen Stefani.

At another campaign stop in Los Angeles, Michelle Obama said the election was about values and vision.

"We're doing this because we believe that everyone in this country should have a fair shot" at a quality education without incurring crushing debt, she said.

"We believe that everyone in this country should do their fair share ... that means that teachers and firefighters should not pay higher tax rates than millionaires and billionaires," she said. "And we all believe in hard work, but we believe that if you work hard, you shouldn't go bankrupt because someone in your family gets sick. You shouldn't lose your home because somebody is down on their luck and they've lost a job. And after a lifetime of hard work, you should be able to retire with some dignity and security in this country."

Elections, she said, are about hope, now and for the future.

She said she wanted to give all children "a foundation for their dreams, a solid foundation."

"I want to give them opportunities worthy of their promise, because every single child on this planet has promise," Obama said. "They should have that sense of limitless possibility, that sense of belief that here in America, the greatest country on the planet, there's always something better out there if you're willing to work hard for it." 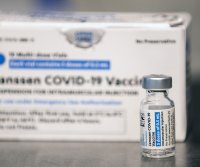 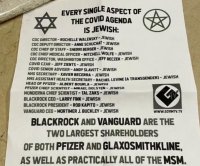 U.S. News // 3 hours ago
Congress returns to full plate of high-profile issues
Nov. 29 (UPI) -- From the debt ceiling to President Joe Biden's $1.7 trillion "Build Back Better" budget, Congress is set to spend the final month of 2021 on the high wire as members deal with numerous pressure-packed issues.

U.S. News // 10 hours ago
Another Wisconsin parade victim discharged from hospital
Nov. 29 (UPI) -- Health officials in Wisconsin said another child injured last week when a man drove his vehicle into a parade in Waukesha has been discharged from the hospital, officials said.
Advertisement