"I don't really believe that he's got any kind of a credible source," Romney told Fox News. "I don't know who gave him this line of reasoning," adding that Reid, the Senate Democratic leader, has "lost a lot of credibility."

Romney's comments came as The Washington Post and the fact-checking site PolitiFact denounced Reid's claims, PolitiFact referring to them Tuesday as "an extreme claim with nothing solid to back it up."

"Tax experts say his claim is highly improbable. Reid also has made no effort to explain why his unnamed source would be credible, so in the absence of more information, it appears he has no basis to make his incendiary claim," the Post said Tuesday.

U.S. News // 12 minutes ago
Husband arrested in 2020 disappearance of Colorado woman
May 5 (UPI) -- Authorities in Colorado arrested the husband of Suzanne Morphew, who went missing during a bicycle ride one year ago, on murder charges, the Chaffee County Sheriff's Office announced Wednesday.

U.S. News // 2 hours ago
CDC predicts spring peak in COVID-19 cases before 'sharp' decline in July
May 5 (UPI) -- The Centers for Disease Control and Prevention projected Wednesday that COVID-19 cases and deaths will reach another peak in May and July before declining amid rising vaccination rates.

U.S. News // 4 hours ago
Federal judge rules CDC's national ban on COVID-19-related evictions illegal
May 5 (UPI) -- A federal judge ruled Wednesday that the Centers for Disease Control exceeded its authority in ordering a nationwide moratorium on evictions to help renters remain in their homes during the COVID-19 pandemic.

U.S. News // 4 hours ago
Peloton recalls treadmills, apologizes after fighting gov't safety alert
May 5 (UPI) -- The Consumer Product Safety Commission on Wednesday announced a voluntary recall of Peloton treadmills that has drawn an apology from the company's top executive. 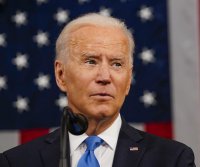 U.S. News // 6 hours ago
4 dead after small plane crashes into south Mississippi home
May 5 (UPI) -- Authorities say four people were killed in southern Mississippi on Tuesday night when a small plane slammed into a home. 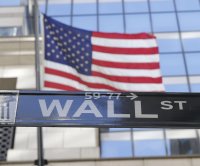 U.S. News // 7 hours ago
ADP-Moody's: U.S. added 742,000 private jobs in April
May 5 (UPI) -- The United States added more than 740,000 private payrolls during the month of April, ADP and Moody's Analytics said in their monthly assessment Wednesday.

U.S. News // 9 hours ago
U.S. birth rate in 2020 saw largest decline in almost 50 years, CDC says
May 5 (UPI) -- Birth and fertility rates in the United States declined again last year, data from the Centers for Disease Control and Prevention showed Wednesday -- with births down 4% to the lowest level in more than 40 years.