NEW YORK, Aug. 4 (UPI) -- New statistics show the frequency of the so-called "stop-and-frisk" program in New York City is on the decline.

The number of times pedestrians have been patted down by patrol officers was down 34 percent in recent months, although the reasons for the decline and its impact on the crime rate in the Big Apple were not clear.

The stop-and-frisk program is aimed at ferreting out potential troublemakers on the streets by giving patrol officers the authority to basically check the identity of any individual and physically check them for weapons or other contraband.

The program was considered an effective tool in curbing street crime, however civil rights groups called it an unreasonable search-and-seizure under the constitution.

The NYPD told The New York Times they had not officially backed away from the program. But newspaper sources said the objections from the public likely curbed the enthusiasm among beat cops and their supervisors for stopping pedestrians.

Other sources said a change in attitude on the part of frontline officers had them less interested in the number of people stopped, a practice known as a "250," a reference to the UF-250 forms filled out after a stop-and-frisk.

"It starts becoming a quota or a production goal," an officer said. "Why is it so important how many 250s someone did?" 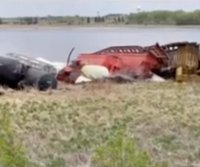 U.S. News // 17 hours ago
Hazmat team dispatched after train derails in Minnesota
May 15 (UPI) -- Authorities have issued a precautionary shelter-in-place order and dispatched a hazmat team to the Minnesota site where Union Pacific train derailed Saturday.

U.S. News // 20 hours ago
5 shot, 2 killed in shooting at Chicago party
May 15 (UPI) -- Three people were injured and two were killed in a shooting at a party on Chicago's south side early Saturday, police said. 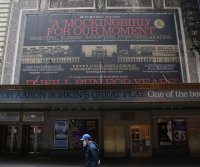