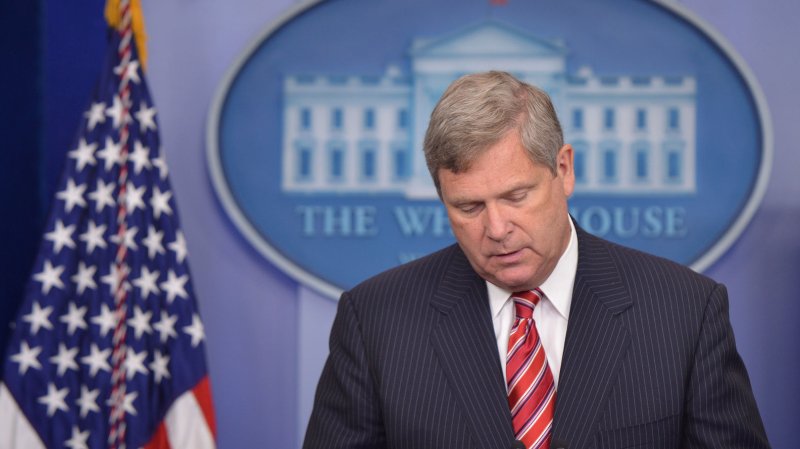 Wheat prices exceeded prices reached during Russia's 2010 export ban, reaching levels above $9.35 a bushel not seen since the last food crisis in 2008.

"I've been in the business more than 30 years and this is by far and away the most serious weather issue and supply-and-demand problem that I have seen by a mile," a senior trading-house executive told the Financial Times. "It's not even comparable to 2007-08."

"It really is a crisis. I don't think we've ever seen anything like this in my lifetime," Illinois Gov. Pat Quinn told The New York Times after touring ravaged farms in the southern part of his state.

"It's got the potential to be the worst drought we've ever had in Arkansas," state Agriculture Secretary Butch Calhoun told the Times.

Nearly 61 percent of the continental United States -- from California to Arkansas and Texas to North Dakota -- is under moderate to extreme drought, the government's U.S. Drought Monitor said Thursday, the largest such area since December 1956.

The monitor said 88 percent of corn and 87 percent of soybean crops in the country were in drought-stricken regions, a 10 percent jump from a week before.

Many states -- including Iowa, Nebraska, Indiana, Ohio and Illinois -- have little or no rain forecast for at least the next two weeks, the National Weather Service said, although tropical activity in the Gulf of Mexico and the Southeast could bring rain to parts of the South.

The severe drought has dashed hopes of a bumper harvest, commodity traders said, but U.S. Agriculture Secretary Tom Vilsack said Wednesday the nation might still have a bumper corn crop this year -- the third-largest corn crop in history -- because favorable weather early in the growing season encouraged planting.

At the same time, he said the drought would result in U.S. food price increases into 2013.

The United States accounts for nearly half the world's exports of corn and much of its soybeans and wheat, and non-governmental officials said they were concerned the drought would reverberate well beyond U.S. borders.

The 2007-08 world food-price crisis, which occurred as the global economic crisis got under way, caused political and economic instability and social unrest in both poor and developed nations.

A May 2008 survey by the non-profit organization Feeding America found U.S. food banks and pantries were forced to cut back on food distribution significantly, as 99 percent of respondents reported increases in the number of people requesting food.

Local food donations were down nationally about 9 percent.

U.S. News // 5 hours ago
4 jurors seated in trial of Kim Potter for death of Daunte Wright
Nov. 30 (UPI) -- Four jurors have been seated in the manslaughter trial of a former Minnesota police officer who fatally shot Daunte Wright during a traffic stop earlier this year.