MOORE HAVEN, Fla., July 10 (UPI) -- A 17-year-old Florida boy was hospitalized after an alligator bit off his right arm below the elbow, authorities said.

Kaleb Langdale had been swimming in the Caloosahatchee River in Moore Haven Monday when the alligator attacked, CBS News reported.

Jorge Pino of the Florida Fish and Wildlife Conservation Commission said the alligator was found and killed Monday evening, and officials said the part of the boy's arm was found inside the alligator, WBBH-TV, Fort Myers, reported.

But friends of Langdale said Monday night doctors were unable to reattach it.

Langdale was flown to Lee Memorial Hospital in Fort Myers after the attack.

Matthew Baker, who had been in the water with Langdale, said the alligator was about 10 1/2 feet long.

"[Langdale has] been around alligators all his life. He's smart enough. He knows if he offers him his arm, he won't take his torso. He was smart, he took the risk," Baker said.

FWC officials said it's alligator mating season when attacks are not uncommon.

"Any type of splash in the water is prey for them," FWC Capt. Jeff Ardelean said. 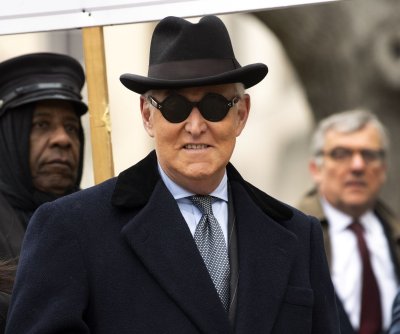 U.S. News // 7 hours ago
Florida scientists study health effects from exposure to toxic algae
ORLANDO, Fla., Feb. 20 (UPI) -- People in Florida have tested positive for exposure to blue-green algae toxins just from breathing air around it, and scientists are ramping up studies into how the blooms affect long-term health.

U.S. News // 7 hours ago
Vinyl record production hurt by California factory fire
Feb. 20 (UPI) -- Vinyl records survived the onslaught from CDs, but a factory fire at a California manufacturer of special parts may have broken a key link in the supply chain.