ORLANDO, Fla., May 31 (UPI) -- A U.S. Occupational Safety and Health Administration judge in Orlando, Fla., has ruled there should be more safety measures in place for SeaWorld trainers.

Brancheau was battered and drowned by Tilikum, a 12-000-pound orca during a public show at the park.

Welsch reduced a $75,000 fine OSHA issued SeaWorld to $12,000, saying the actions leading to Brancheau's death were not "willful." He said he agreed with OSHA, though, that SeaWorld could minimize danger by installing barriers between trainers and killer whales, or by requiring trainers to maintain a minimum distance from the animals.

"The killer whales sometimes engage in unpredictable behavior, including seizing trainers with their mouths, holding the trainers under water, and ramming the trainers while in the water," Welsch said in his ruling. "SeaWorld's operant conditioning program places an unrealistic burden on trainers to recognize precursors and react appropriately to forestall undesirable behavior."

Jim Atchison, president and chief executive officer of SeaWorld Parks & Entertainment said the company disagrees with some of Welsch's interpretation of evidence and is considering further action.

"The judge also unequivocally stated that SeaWorld is a 'safety-conscious employer' with a 'highly detailed and thorough' safety training program," he said. "We have maintained all along that the allegations of 'willful' were meritless and are vindicated that the judge agreed." 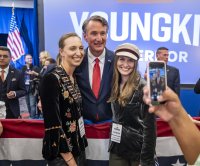 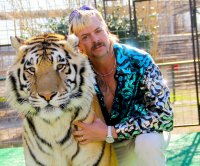 U.S. News // 3 hours ago
'Tiger King' 'Joe Exotic' gets 1 year shaved from federal sentence
Jan. 28 (UPI) -- The Oklahoma zookeeper best known as Joe Exotic in the Netflix series "Tiger King" was re-sentenced to 21 years in prison in a murder-for-hire plot to knock off a rival.