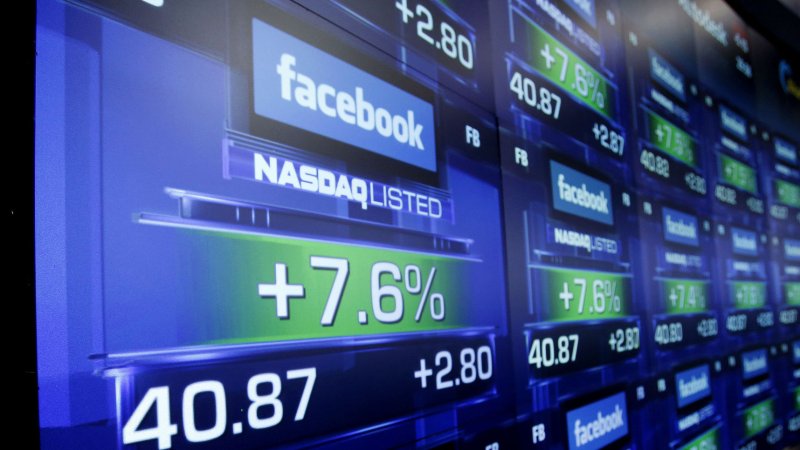 Financial stock quoting web sites list Facebook and its symbol (FB) hours before it begins trading publicly for the first time at the Nasdaq in New York City on May 18, 2012. UPI/John Angelillo | License Photo

Facebook stock prices jumped quickly after its delayed start of trading Friday to reach $42.05 per share. However, prices eased back to $38 on several occasions, at which point, "the underwriters defended it," Barry Rithholtz, head of investment research firm Fusion IQ told the Los Angeles Times.

Banks handling the IPO, in other words, swooped into buy shares and keep the price propped up.

"When a deal gets priced and breaks price on the first day, that's definitely a major embarrassment," said trader Andrew Frankel, a co-president of Stuart Frankel & Co.

The Wall Street Journal reported Friday Nasdaq officials sent out a notice near noon that said it was "investigating an issue in delivering trade execution messages."

About an hour later, Nasdaq, which had competed fiercely with Standard & Poor's to list Facebook, said it would resort to a "manual report," to confirm trades with brokers.

"I missed out on Groupon when it went public, so I'm not going to miss the boat this time," he said.

Others were less impressed. Vice President and Chief Investment Officer for Fiduciary Trust in Boston Michael Mullaney said he was bidding on shares on the open market, rather than sending orders directly to underwriters. Nevertheless, after getting the shares he was after, he said the IPO was basically "a dud," the Journal reported.

Facebook Inc. was expected to end its first day of public trading on New York's Nasdaq Stock Market worth as much as $104 billion.

The figure would make the social network's market value higher than those of McDonald's Corp., Citigroup Inc. and Amazon.com Inc., analysts said.

High tech companies that have captured investors' attention like Facebook often achieve double-digit gains in a one-day pop, The New York Times reported. But for Facebook, the pop came early and was fairly muted.

U.S. News // 9 hours ago
U.S. logs $660B budget deficit in March as pandemic stimulus rolls out
April 12 (UPI) -- The United States spent nearly $660 billion more than it collected in revenues during March and its 2021 deficit surged to $1.7 trillion due to pandemic stimulus spending, officials reported Monday.

U.S. News // 10 hours ago
Expert says George Floyd died of asphyxia; judge won't sequester jurors in Chauvin trial
April 12 (UPI) -- Testimony in the Derek Chauvin murder trial in Minneapolis entered its third week on Monday with a judge rejecting a defense motion to sequester the jury due to a separate police shooting involving another Black man.