Protesters gather in front of the U.S. Supreme Court as the court hears it's third day of arguments on the constitutionality of President Obama's health care bill in Washington, D.C. on March 28, 2012. UPI/Kevin Dietsch | License Photo

WASHINGTON, March 28 (UPI) -- The Obama administration said it is not doing contingency planning ahead of a U.S. Supreme Court ruling on the constitutionality of the Affordable Care Act.

During a briefing with reporters, White House spokesman Josh Earnest said the administration is not developing a contingency either on policy of political messaging, in the event the court overturns the law.

"We're confident that the legislation is constitutional," Earnest said.

He said the administration is "focused on implementing all the provisions of the law, but "if there's a reason or a need for us to consider some contingencies down the line, then we'll do it then."

"But, as I said, it's foolhardy to try to predict the outcome of this decision based solely on the questions of the judges," Earnest said, noting there are "a lot of different things that they could find one way or the other."

Earnest said focusing on implementation of the law "is a function of controlling what we can control."

Earnest acknowledged "there will be a robust debate between the president's record on healthcare reform and the critics" if the high court throws out the act.

"Well, what I can tell you is that there are Republicans, there are critics of this law who are advocating for going back to the status quo," he said. "We will have an opportunity to have a political debate about that. The president believes that the reforms that have been put in place are really important."

Can healthcare reform survive with no individual mandate? Justice skeptical of mandate Healthcare challenge begins at high court Under the U.S. Supreme Court: Healthcare, at long last, reaches the justices 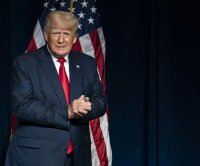 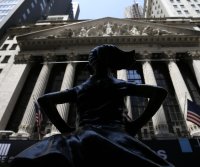 U.S. News // 13 hours ago
Medicaid enrollment soars to record 80M during COVID-19 pandemic
June 21 (UPI) -- Enrollment in state Medicaid and children's health programs shot up by nearly 10 million to an all-time high of 80 million during the COVID-19 pandemic, the Biden administration announced Monday.