In his weekly radio and Internet address, the president noted the auto industry has added more than 200,000 jobs since the federal government helped bail the industry out, and the cars Detroit is making are getting better mileage because of new fuel-efficiency standards.

He said his administration "demanded responsibility" in exchange for the financial help.

"We got the companies to retool and restructure," Obama said. "Everyone sacrificed. And three years later, the American auto industry is back."

Obama said the auto industry comeback "will make a difference," but there is no "shortcut to taking control of our energy future."

"We have to pursue an all-of-the-above strategy that helps develop every source of American energy," Obama said. "And we have to do it now."

The president said the United States produced more than half of the oil it consumed in 2010, in part because "we're producing more oil here at home than at any time in the last eight years."

He renewed his call for ending $4 billion in annual tax breaks that he said "go to subsidizing the oil industry."

"These are the same companies making record profits -- tens of billions of dollars a year," he said. "I don't think oil companies need more corporate welfare. Congress should end this taxpayer giveaway."

The president urged listeners and viewers to ask their representatives in Congress to "stop fighting for oil companies."

U.S. News // 9 hours ago
January's spring-like warmth kicks off growing season early
Although it's January, you wouldn't be able to tell by looking at a thermometer. Many areas across the eastern U.S. have been experiencing temperatures typically seen during March and April.

U.S. News // 21 hours ago
Baby girl left in drop-off box installed by Indiana teen
Jan. 25 (UPI) -- Less than one year after a teenager earned $10,000 to install a Safe Haven Baby Box, a baby girl was dropped off in the container at a fire station in southern Indiana. 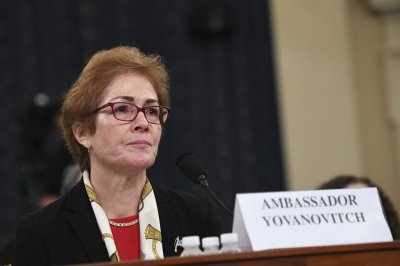