Obama, announcing the changes with Labor Secretary Hilda Solis Monday, said the proposed expansion would allow spouses, parents and children of military personnel who provide care to attend military gatherings or handle childcare or finances without worrying about job security.

"Now, this means that more caregivers can now provide support at a hospital for days or weeks at a time. They can help their loved ones make that transition back home," Obama said at a Department of Labor event. "And they can do it all without worrying about whether they will lose their job. And we all know the kind of difference that can make for our wounded warriors and for their families."

The proposed language would extend military caregiver leave to family members of veterans for up to five years after leaving the military, the Labor Department said. The law now covers caregivers of "currently serving" military personnel.

Also, the proposal would expand the military family leave provisions of the FMLA by extending qualifying exigency leave to employees whose family members serve in the regular armed forces. Currently, the law covers only families of National Guard members and reservists.

The proposed FMLA expansion would include as much as 12 weeks of leave from work to help a military member deployed on short notice, as well as long as 26 weeks of leave to care for an injured or ill service member.

"So these new rules will make a real difference for our military families in so many ways," Obama said. 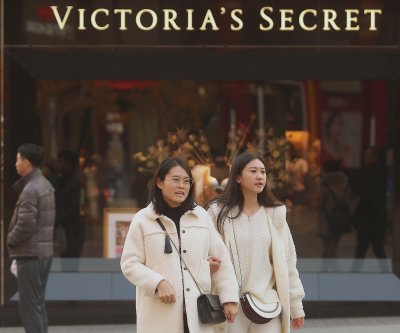 U.S. News // 9 hours ago
Florida scientists study health effects from exposure to toxic algae
ORLANDO, Fla., Feb. 20 (UPI) -- People in Florida have tested positive for exposure to blue-green algae toxins just from breathing air around it, and scientists are ramping up studies into how the blooms affect long-term health.

U.S. News // 9 hours ago
Vinyl record production hurt by California factory fire
Feb. 20 (UPI) -- Vinyl records survived the onslaught from CDs, but a factory fire at a California manufacturer of special parts may have broken a key link in the supply chain.

U.S. News // 9 hours ago
Judge: Tucson CBP facilities violate Constitution
Feb. 20 (UPI) -- A federal judge in Arizona has ruled in favor of migrants who sued U.S. Customs and Border Protection over conditions at its Tucson facilities.