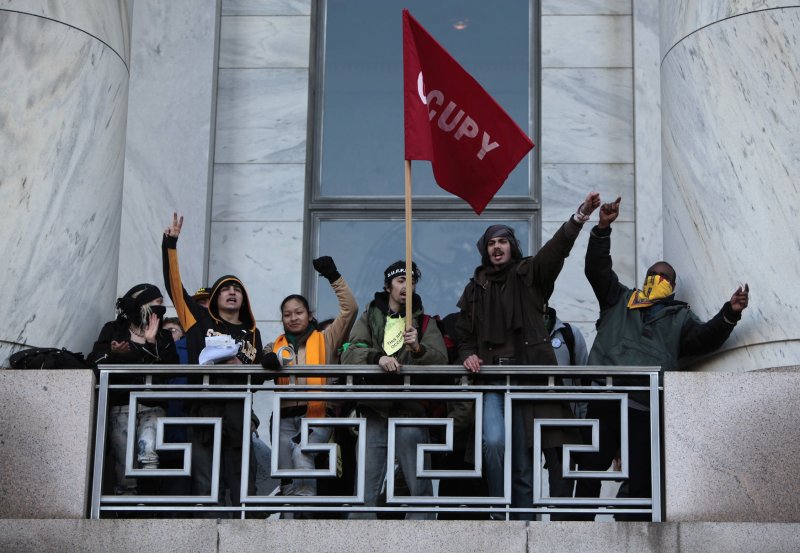 WASHINGTON, Jan. 18 (UPI) -- Occupy movement protesters marched on Washington, choked congressional offices and tossed what may have been a smoke bomb at the White House, police said.

Police arrested four people -- none in the White House incident -- from the Occupy movement that gathered Tuesday on the west lawn of the Capitol, The Washington Post reported.

Protesters Tuesday night surged against the White House fence, and something similar to a smoke bomb was tossed over the fence, a Secret Service spokesman said. Police donned riot helmets and protesters were told to leave, which most, if not all, did, witnesses said.

During the day protesters moved into several congressional office buildings, flashing banners and chanting, "We are the 99 percent!" Protesters also marched from the Capitol to the Supreme Court to the White House.

Organizers said they had hoped thousands of people would come to Washington, but the number was closer to 500, the Post reported. By nightfall, that number grew to between 1,000 and 1,500, the Secret Service spokesman said.

"I'm tired of the fat cats getting all the money," Barry Sipple, 62, a disabled Vietnam veteran who drove from Lexington, Ky., for Tuesday's events, told the Post. "It seems like the right thing to do."

Members of the Occupy movement had a general assembly meeting, then broke into smaller groups to network and make plans for the spring.

"It's the next step. A lot of Occupations are losing their space, so we need to keep the momentum going from the relationships built in those encampments," said Robby Diesu, 23, part of the Occupy DC camp at McPherson Square.

What happens next for encampments at McPherson Square and Freedom Plaza is unclear. The House subcommittee that handles district matters will conduct a hearing on the McPherson Square camp next week, the House Oversight and Government Reform Committee announced Tuesday. Washington's police chief, city health director and National Park Service officials are expected to testify. 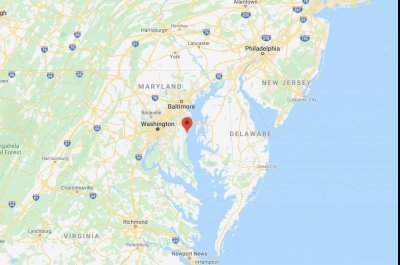