PRESCOTT, Ariz., Nov. 18 (UPI) -- A judge in Arizona's Yavapai County sentenced James Arthur Ray to two years in prison Friday for the deaths of three people in a sweat-lodge ceremony he ran.

Superior Court Judge Warren Darrow also ordered Ray, who turns 54 next week, to pay $57,000 in restitution to families of the victims at the Angel Valley Resort near Sedona in October 2009, The Arizona Republic reported.

"I'm so sorry," a tearful Ray said during the sentencing. "And I know that nothing I could say or do is enough. There's not one single day that passes that I don't relive the moments of that night of my life, asking what I missed, what I could have done differently."

Family members railed at Ray for not taking responsibility earlier.

"Does he still not realize it was too damn hot?" shouted Virginia Brown, the mother of one of the victims.

Ray was convicted of negligent homicide in late June following a trial that lasted more than three months.

Kirby Brown, 38, James Shore, 40, and Liz Neuman, 49, died from a sweat-lodge ceremony at the end of a five-day "Spiritual Warrior" retreat. Brown and Shore passed out and were left inside the sweat lodge for about 20 minutes, suffering heat stroke. Neuman died of massive organ failure more than a week later at a Flagstaff hospital. 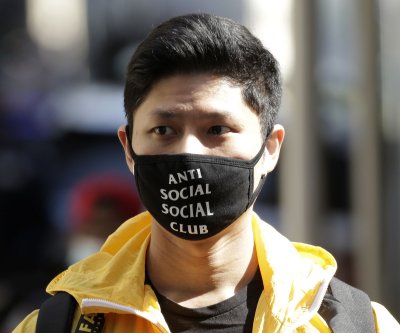 U.S. News // 13 hours ago
U.N. General Assembly: Trump blames China, WHO for COVID-19 crisis
Sept. 22 (UPI) -- In a recorded address Tuesday at the 75th U.N. General Assembly, U.S. President Donald Trump slammed China for its response to COVID-19 in the early weeks of the pandemic.

U.S. News // 7 hours ago
NASA reveals new details of $28B Artemis lunar landing program
Sept. 22 (UPI) -- NASA has released new details of its Artemis project to send astronauts to the surface of the moon by 2024, including the cost of its first phase -- $28 billion