WASHINGTON, Nov. 18 (UPI) -- Kenyan officials have asked the U.S. Defense Department for help in Kenya's month-old operation in Somalia against the al-Shabaab militia.

Administration officials are considering the request, made with the State Department, to provide military surveillance and reconnaissance that would, if granted, represent an expansion of U.S. involvement in restive eastern Africa, the Los Angeles Times reported Thursday.

Some U.S. officials have indicated favoring direct support for the Kenyan military operation, the Times said, but the Pentagon said that was unlikely to happen.

Counter-terrorism officials said they want to weaken or eliminate al-Shabaab, a terrorist group that has conducted deadly attacks against U.S. allies in Africa.

While Kenyan troops captured several border communities, they have failed to take the strategic town of Afmadow, about 80 miles inside Somalia, or the port of Kismayu, about 100 miles up the Indian Ocean coast, the Times said. If troops secure those targets, Kenya said it hopes to create a military buffer zone to impede the flow of weapons and militants crossing the border. Kenyan officials also say they want to help humanitarian groups working to alleviate famine in southern Somalia.

U.S. officials say Kenya did not discuss its invasion with the Obama administration and that the U.S. military hasn't provided on-the-ground support so far. However, the United States has given Kenya more than $700 million in aid, much of it for military and counter-terrorism purposes, and provided limited intelligence help, U.S. officials told the Times.

"Al-Shabaab is a very serious terrorist threat … and pressure that's brought to bear against them is something they deserve," Pentagon spokesman George Little said.

U.S. News // 6 hours ago
No rebound yet, as Dow sinks nearly 500 points Tuesday
Feb. 25 (UPI) -- An expected rebound after Monday's 1,000-point nosedive on Wall Street had yet to materialize by midday Tuesday. 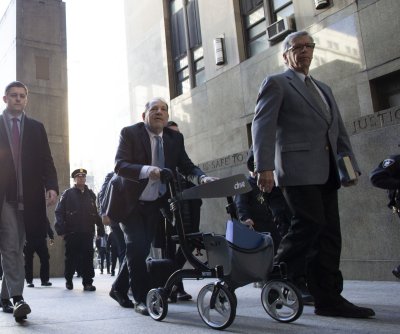 U.S. News // 4 hours ago
Weinstein taken to hospital for chest pains after convictions
Feb. 25 (UPI) -- Former Hollywood mogul Harvey Weinstein has been taken to New York City's Bellevue Hospital with chest pains, hours after a jury convicted him of sex assault and rape.

U.S. News // 6 hours ago
Laredo, Texas area coming face to face with the reality of a border wall
RIO BRAVO, Texas, Feb. 25 (UPI) -- For two decades, Carlota Lugo has run her small family store in this tiny border town that sits just a block away from the Rio Grande.

U.S. News // 11 hours ago
African swine fever vaccine at least 2 to 5 years from commercial production
EVANSVILLE, Ind., Feb. 25 (UPI) -- The latest of the three vaccine candidates developed by U.S. government scientists to prevent African swine fever seems to show the most promise, experts say -- but it might be years before any becomes available.