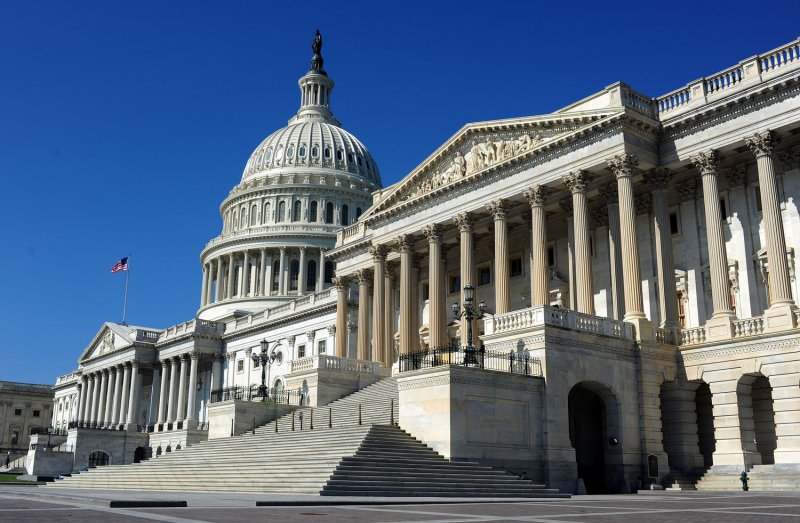 WASHINGTON, Nov. 18 (UPI) -- The U.S. House of Representatives failed Friday to approve a balanced budget amendment to the Constitution sought by the Republican majority.

The vote was 261-165 for the amendment, a majority but short of the 290 votes needed to amend the Constitution, The Hill reported.

While a similar bill cleared the House with bipartisan support in 1995, most Democrats came out against the bill this time around, with many pointing to the late 1990s as evidence a constitutional requirement isn't necessary to balance the budget.

"[Without] having passed a balanced budget amendment, we did in fact balance the budget four years in a row," Minority Whip Steny Hoyer, D-Md., said during debate Thursday. "Why? Because we paid for what we bought, we didn't cut revenues before we cut spending, and we restrained spending four years in a row."

"What I found … is that we were able to balance the federal budget without touching that inspired document, the U.S. Constitution," Dreier said.

The other Republicans voting against it were House Budget Committee Chairman Paul Ryan of Wisconsin, and Reps. Justin Amash of Michigan and Louie Gohmert of Texas.

The Hill said the four GOP no votes likely were a signal that some Republicans were unhappy that the leadership chose the more broadly supported amendment that would not require a supermajority in Congress to raise taxes to balance the budget.

"Spending is the problem, yet this version of the BBA [balanced budget amendment] makes it more likely taxes will be raised, government will grow, and economic freedom will be diminished," Ryan said. "Without a limit on government spending, I cannot support this amendment."

The House vote came the same week the national debt was reported to have topped the $15 trillion mark. The federal deficit in fiscal 2011, which ended Sept. 30, was $1.3 trillion, slightly below fiscal year 2010's record $1.7 trillion figure.

When the balanced budget amendment went before Congress in March 1995, it passed the House 300-132, but fell one vote short in the Senate.

Balanced budget provisions have been added to most U.S. state constitutions, as well as the constitutions of Germany, Estonia and Switzerland.

U.S. News // 5 hours ago
Trump, Cruz and Abbott speak against gun control at NRA conference
May 27 (UPI) -- Former President Donald Trump and Sen. Ted Cruz spoke against gun control measures at a conference for the National Rifle Association held in Texas on Friday in the aftermath of the Uvalde elementary school shooting.

U.S. News // 8 hours ago
Texas Gov. Abbott says he was 'misled' on police response to Uvalde shooting
May 27 (UPI) -- Texas Gov. Greg Abbott on Friday said he was "misled" about the police response to the Uvalde elementary school shooting days after praising the response of law enforcement.

U.S. News // 10 hours ago
Jury enters deliberations in Johnny Depp, Amber Heard case
May 27 (UPI) -- A Fairfax County, Va., jury began deliberations Friday in the defamation trial between actors Johnny Depp and Amber Heard after about six weeks of testimony and accusations of abuse from both.

U.S. News // 10 hours ago
U.S. stocks break losing streaks for best week since 2020
May 27 (UPI) -- The three major stock indexes in the United States made gains this week, rebounding some from weeks of losses for the best week since November 2020.

U.S. News // 11 hours ago
JFK's 'eternal flame' persists even amid inclement weather
On a November day in 1963, Jacqueline Kennedy stood before the coffin of her late husband, lighting a torch at the head of the grave with the intention of the flame being an eternal symbol of John F. Kennedy's spirit.

U.S. News // 20 hours ago
Texas official: Waiting to engage school shooter was 'wrong decision'
May 27 (UPI) -- Texas' top law enforcement officer said Friday that police made the "wrong decision" not to immediately breach the classroom where a gunman had barricaded himself and killed 21 people.