PALM BEACH, Fla., Nov. 13 (UPI) -- Manatees will be swimming into the waters of southern Florida as their migration season begins Tuesday, officials said.

As the migration period begins, boating restrictions go into effect to protect the animals from collisions with hulls and propellers, the South Florida Sun Sentinel reported.

During the migration period, which will last until March 31, manatees swim down from the Georgia and northern Florida coasts to the warmer waters in southern Florida.

In Broward County, the restrictions include extended slower weekend speed zones to seven days a week, a no-entry zone at Port Everglades and reduced speed west of the Intracoastal Waterway and south of Dania Beach Boulevard.

Palm Beach County will have fewer law enforcement boats on the water to protect manatees from speeders as the manatee protection budget was cut this year.

Carol Knox, biological administrator for the Florida Fish and Wildlife Conservation Commission, said the agency will have to watch the impacts of the cuts.

"What we need to do is check and see what it means on the ground," she said. "It's unfortunate but on the other hand lots of things are getting cut back."

Weekly aerial manatee surveys will be discontinued this year, but law enforcement will be conducting a speed-zone survey to identify trouble spots and better use the lower number of police boats on the water.

Three manatees have been killed by watercraft this year in Palm Beach County, along with two in Broward and Miami-Dade counties. Watercraft have killed 77 statewide. 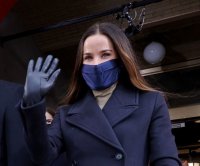 U.S. News // 1 hour ago
White House COVID-19 team reports substantial increase in cases but not in deaths
May 18 (UPI) -- U.S. cases of COVID-19 are substantially higher but there is no commensurate increase in COVID-19 deaths, White House coronavirus response coordinator Dr. Ashish Jha said during a briefing Wednesday.

U.S. News // 2 hours ago
2 senators reach deal on help for veterans exposed to toxic burning pits
May 18 (UPI) -- Congress moved closer to addressing concerns over the exposure of military members to toxic burning pits after leaders on the Senate Veterans Affairs Committee announced Wednesday a bipartisan deal to help them. 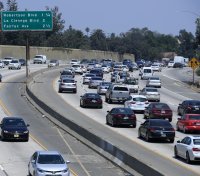