COLUMBUS, Ohio, Nov. 8 (UPI) -- A referendum that would bar mandated health insurance in Ohio was on its way to victory Tuesday.

With about 750,000 votes counted, 65 percent voting supported Issue 3, The Plain Dealer reported. The Cleveland newspaper said the measure had widespread support, carrying every county that had reported its vote.

The measure's language says it will "preserve the freedom of Ohioans to choose their healthcare." But the Obama healthcare plan and its individual mandate would still be law in the state, assuming it survives an appeal to the U.S. Supreme Court.

Critics said the language of the referendum is so vague it could ban schools from requiring students to be immunized against diseases like measles.

U.S. News // 13 hours ago
Trump threatens to deploy military in response to George Floyd protests
June 1 (UPI) -- President Donald Trump on Monday declared he has mobilized all federal response and encouraged governors to establish an "overwhelming law enforcement presence" in response to protests over the killing of Geroge Floyd.

U.S. News // 4 hours ago
Report: Pandemic's U.S. economic hit could last 11 years, cost $8 trillion
June 1 (UPI) -- The coronavirus pandemic will affect the economic health of the United States for the next decade, with a $7.9 trillion hit on the country's gross domestic product over the next 11 years, a federal agency said Monday.

U.S. News // 5 hours ago
U.S. manufacturing reports show slight hope in long recovery ahead
June 1 (UPI) -- Manufacturing reports released Monday in the Midwest and U.S. showed a slight improvement that may signal the worst of the pandemic's economic harm has passed in that economic sector. 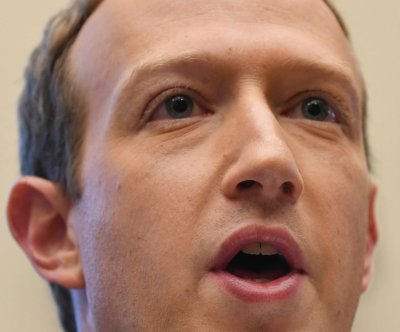 U.S. News // 9 hours ago
Supreme Court rules against Puerto Rico union, investor
June 1 (UPI) -- The U.S. Supreme Court on Monday ruled against a labor union and a hedge fund that argued a government oversight board created to improve the island's financial stability is illegitimate.

U.S. News // 9 hours ago
Obama on U.S. protests: 'Let's not excuse violence ... or participate in it'
June 1 (UPI) -- Former President Barack Obama on Monday urged those protesting the death of George Floyd across the United States to reject violence and focus their anger on making lasting changes politically.